(Hood River, OR)  – Double Mountain Brewery & Taproom is pleased to introduce A River Runs Through It – Hop Shake IPA, a collaboration with Fort George Brewery. This hop shake IPA is currently available on draft and in bottles at the downtown Hood River Taproom and SE Portland Taproom in the Woodstock neighborhood. A River Runs Through It can also be found throughout the Northwest and British Columbia. 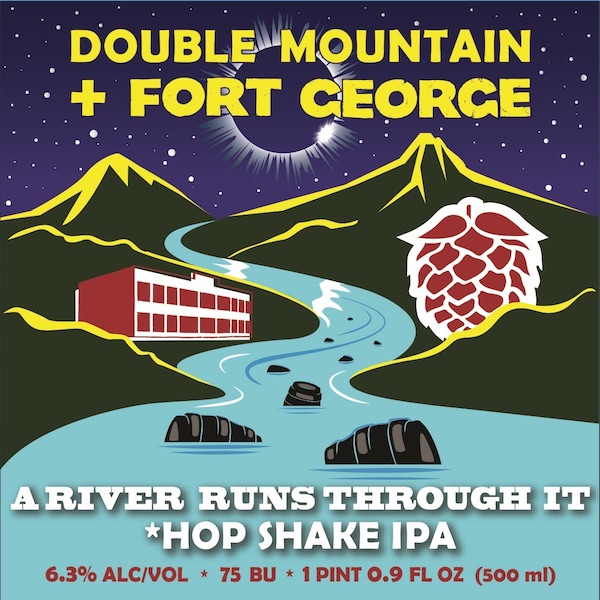 “Fort George was thrilled to be asked to collaborate with a brewery that also shares 10 years of brewing on the banks of the Mighty Columbia River.” Jack Harris, Brewer/Proprietor

Description: Stop, collaborate and listen: This IPA is full and ripe with deep citrus and earthy forest additions. Lactose is added in the boil to round out the balance, and keep things smooth and juicy. Conspired with our friends just down the river in Astoria, Fort George Brewing.

About Fort George Brewery: Founded in 2007 in the heart of downtown Astoria, Oregon, Fort George Brewery crafts original beers distributed only in the Pacific Northwest. Whether in cans or kegs, at the public house or on your front porch, our beer brings people together in aromatic headiness and lupulin ecstasy. For a deeper taste head to fortgeorgebrewery.com