(Hood River, OR)  —Double Mountain Brewery & Taproom releases their seasonal Molten Lava Imperial IPA. A taproom favorite since 2008, this aggressive IPA is currently available on draft and by bottle at the Double Mountain Brewery & Taproom located in downtown Hood River. Molten Lava can be found in both bottles and on draft throughout the Northwest, British Columbia, and Southern California as early as mid-July, 2016. 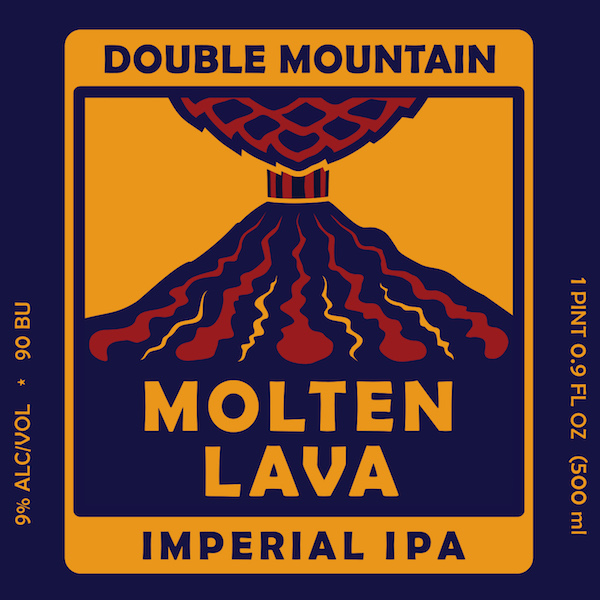 “Molten is a trouble maker for me.  It’s big, aromatic, and beautiful, and just so damn drinkable that the ABV sneaks up on ya.  One it hits your lips, it just goes right down!”-Matt Coughlin, brewer.