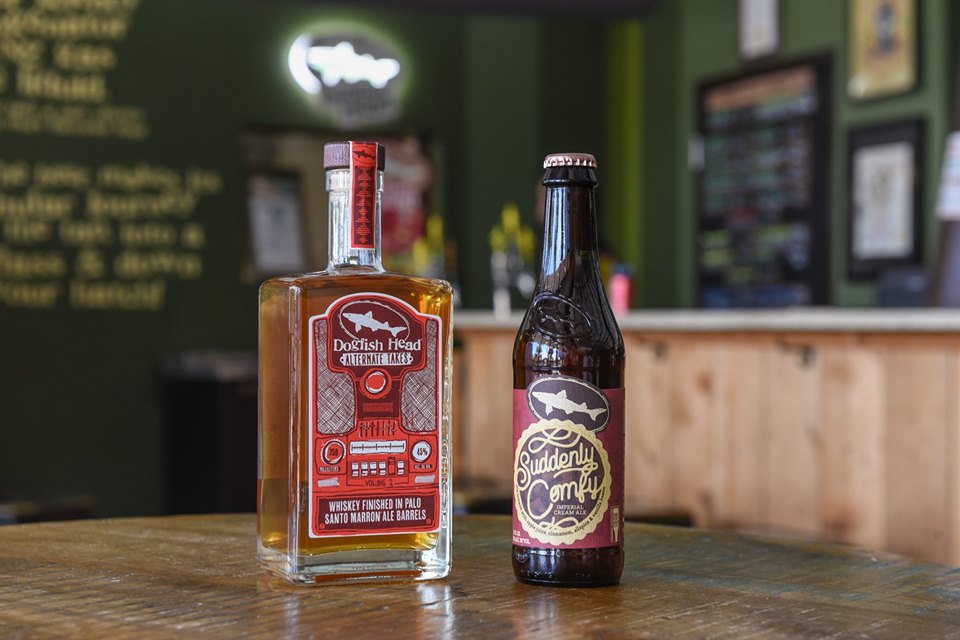 “Here at Dogfish Head, we are dedicated to exploring goodness, especially when it comes to creating new and innovative beers and spirits,” said Sam Calagione, founder of Dogfish Head. “Suddenly Comfy and Alternate Takes: Volume 2, Whiskey Finished in Palo Santo Marron Ale Barrels are no exception to this mindset. Thanks to our awesome team of co-workers, their creative ambition and their passion for thoughtful experimentation, we’ve created two superb sippers that are sure to become your new fall-favorite treats.”

Dogfish Head Craft Brewery:
Dogfish Head has proudly been focused on brewing beers with culinary ingredients outside the Reinheitsgebot since the day it opened as the smallest American craft brewery 24 years ago. Dogfish Head has grown into a top-20 craft brewery and has won numerous awards throughout the years including Wine Enthusiast’s 2015 Brewery of the Year and the James Beard Foundation Award for 2017 Outstanding Wine, Spirits, or Beer Professional. It is a 350+ co-worker company based in Delaware, with Dogfish Head Brewings & Eats, an off-centered brewpub and distillery, Chesapeake & Maine, a geographically-enamored seafood restaurant, Dogfish Inn, a beer-themed inn on the harbor and Dogfish Head Craft Brewery, a production brewery and distillery featuring the Tasting Room & Kitchen and Dogfish Head Distilling Co. Dogfish Head supports the Independent Craft Brewing Seal, the definitive icon for American craft breweries to identify themselves to be independently-owned and carries the torch of transparency, brewing innovation and the freedom of choice originally forged by brewing community pioneers. Dogfish Head currently sells beer in 45 states and Washington D.C.