Dogfish Head Invites Fans to Join Along on JanuQuenchy

(Milton, DE) – Is there anything more magnificent than a New Year’s resolution centered around drinking a deliciously crafted beer for a month? No. There isn’t. So join Sam Calagione, founder and CEO of Dogfish Head Craft Brewery, for the ultimate, beer-centric New Year’s quest known as JanuQuenchy. With a goal of kicking off 2019 right, Calagione and a boatload of Dogfish coworkers pledge to only drink the low-calorie SeaQuench Ale for 31 days while eating sensibly and doing something active. 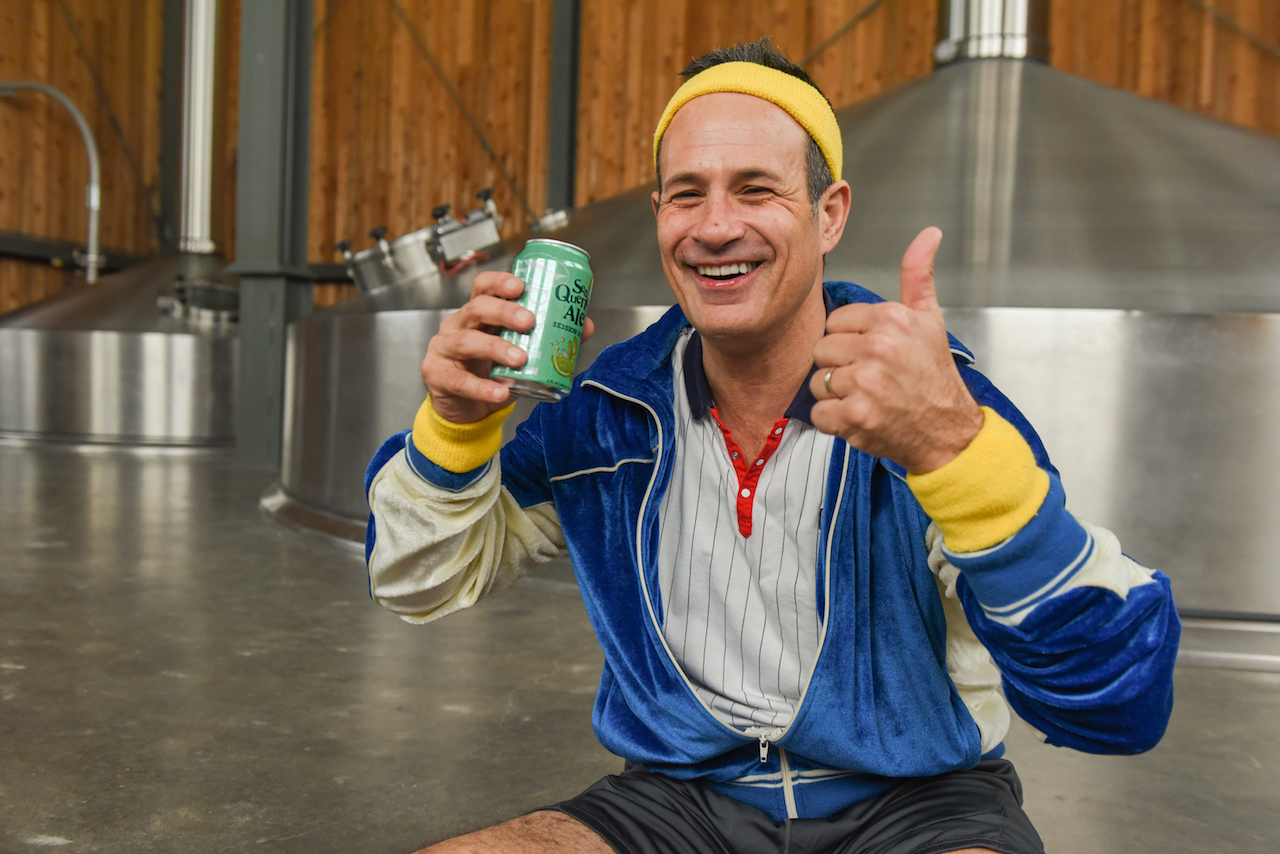 So how do you join along? From January 1 through January 31, share images of your JanuQuenchy journey on Instagram using #JanuQuenchy #DogfishEntry. Dogfish Head will follow along to see how you’re doing and might just reach out to repost your progress to their Instagram page. You will also be entered for the chance to win a Dogfish Head SeaQuench themed trucker hat during the JanuQuenchy challenge.  There will be one winner, per week.  For official JanuQuenchy rules, clickhere.

“I am committed to only drinking SeaQuench Ale in January, as well as avoiding french fries and cheesesteaks – probably two of my favorite foods – and doing something healthy with my body every day,” said Calagione. “That’s it – eat sensibly, do something active and drink only SeaQuench Ale for 31 days…who’s with me!?”

SeaQuench Ale (4.9% ABV) is the most thirst-quenching beer ever made at Dogfish Head and it’s only 140 calories, 9g carbs, 2g protein and zero fat. Brewed with lime juice, sea salt and black limes, it’s the best selling beer in the fastest growing craft beer style (sours) in America thanks to its super flavorful and approachable profile.

Dogfish Head has proudly been focused on brewing beers with culinary ingredients outside the Reinheitsgebot since the day it opened as the smallest American craft brewery 23 years ago. Dogfish Head has grown into a top-20 craft brewery and has won numerous awards throughout the years including Wine Enthusiast’s 2015 Brewery of the Year and the James Beard Foundation Award for 2017 Outstanding Wine, Spirits, or Beer Professional. It is a 350+ coworker company based in Delaware with Dogfish Head Brewings & Eats, an off-centered brewpub and distillery, Chesapeake & Maine, a geographically enamored seafood restaurant, Dogfish Inn, a beer-themed inn on the harbor and Dogfish Head Craft Brewery, a production brewery and distillery featuring a tasting room and food truck.  Dogfish Head supports the Independent Craft Brewing Seal, the definitive icon for American craft breweries to identify themselves to be independently-owned and carries the torch of transparency, brewing innovation and the freedom of choice originally forged by brewing community pioneers. Dogfish Head currently sells beer in 44 states and Washington D.C. For more information, visit www.dogfish.com, Facebook: @dogfishheadbeer, Twitter: @dogfishbeer, and Instagram: dogfishhead.