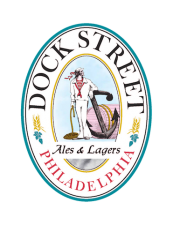 (Philadelphia,PA) – Only two things in life are certain: Craft Beer and Zombies.  Kind of.  As avid enthusiasts of both, Dock Street Brewery combined an obsessive passion for brewing with our admiration for the finest zombie drama to date.  Behold our liquid tribute, Dock Street Walker, an American Pale Stout brewed with wheat, oats, flaked barley, organic cranberry, and Smoked Goat Brains!

Editor’s note: We were barely comfortable posting this at all, and didn’t want to post the accompanying picture of goat brains. But we won’t stop you from having a look by clicking here.

Gourmet mushrooms and potentially hallucinogenic herbs are one thing, but smoked brains… really?  Believe it or not, much of the world considers brain to be a true delicacy.  Think Indiana Jones and the Temple of Doom, but not ridiculous.  Many also believe that using every part of an animal not only increases and encourages sustainability, but also honors the animal’s life and death.

Dock Street will release this brainy new brew on March 30th.  Join us at Dock Street at 7pm for live music from acoustic funky filth band Face and the Filthies, goblets of this never before done brew, and a screening of The Walking Dead Season Finale.  Growlers will be available for those who’d rather drink their brains out at home.  Eff the Governor.

And remember… IT’S ALL IN YOUR HEAD!

Dock Street Brewing Co. was founded in 1985. It was the first microbrewery in Philadelphia and a leading pioneer in the Craft Brewing Revolution of the 1980’s. Dock Street has gone through some transformations and today is a small artisanal brewery.  It finds its home in a magnificent historic firehouse on the corner of 50th and Baltimore Ave., in a progressive, eclectic and counter-culture neighborhood in West Philly. Currently Dock Street produces 1,300 barrels per year and works with a 10-barrel German copper brewhouse. Dock Street has a reputation for exceptional quality, innovation and brewing distinctive beers including, Royal Bohemian Pilsner, Prisoner of Hell, Man Full of Trouble Porter, Bubbly Wit, Pimp My Rye, and Illuminator Dopplebock. Dock Street is the recipient of many major National and International awards including World Beer Cup and multiple Great American Beer Festival medals.