Dock Street Beer Ain’t Nothing To Funk With

(Philadelphia,PA) – After six months of steeping in the sweet, sweet sounds of Wu Tang Clan on repeat, 24/7, we’re finally ready to share Dock Street Beer Ain’t Nothing To Funk With Golden Saison. 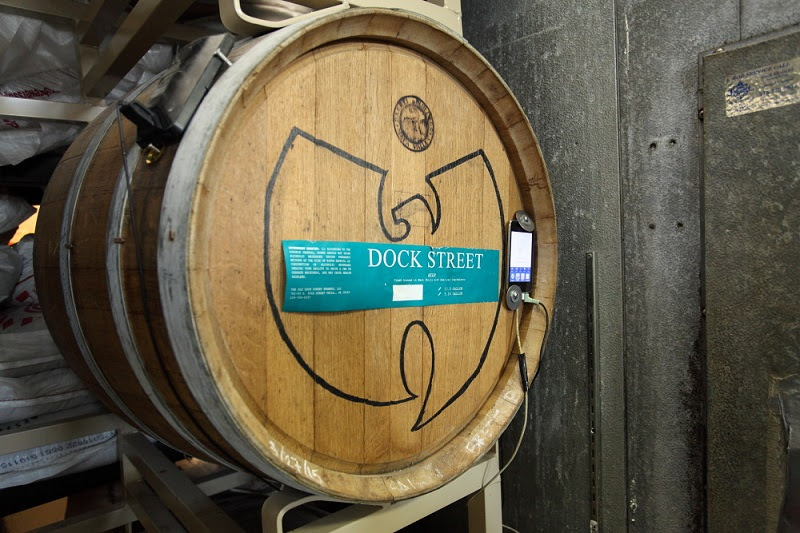 Later that night, we’re screening the 1980s Kung Fu flick Shaolin and Wu Tang, the inspiration behind the Clan’s name.

(Trivia: Wu Tang Clan has sampled clips from the movie throughout their first album, Enter The Wu Tang. Does that sound like a drinking game to anyone else?)

Now, about the beer.

It will be available on tap and in 12oz bottles to go*.(*Two bottle limit per person, and no growler fills.)

We’re all a product of our environment; we react consciously and subconsciously to countless stimuli on the regular. There’s the obvious: temperature, light exposure, atmosphere; and the more complicated: rhythm, tempo, volume, etc. Beer is no different. To test this theory, we didn’t funk around.

This Golden Saison made its way into a red wine barrel in a cool section of the brewery where the only sounds to be heard for six months were from a 24/7 loop of Wu Tang Clan’s music via custom-fit, house-made ‘headphones’. The addition of Brettanomyces B & C (these are wild yeast strains not new clan members) changed the game with a new level of tart and funk.

Just like Wu-Tang Clan flipped hip-hop on its head, we want to challenge the way craft beer is made and appreciated. Depending on who you ask, we’re either stimulating or serenading this beer with the sounds and vibrations of hip hop’s most iconic ensemble. We lean towards the latter.

Wu Tang Clan may be forever, but this beer isn’t.

It will only be available at our brewpub and online, while supplies last. (Which we don’t expect to be long…)

See you on November 4!