(SAN DIEGO, CA) –We’re back at it again and brewing-up a new beer with our friends from Deftones! Digital Bath will be our fourth beer brewed with the Deftones crew and we couldn’t be more excited. 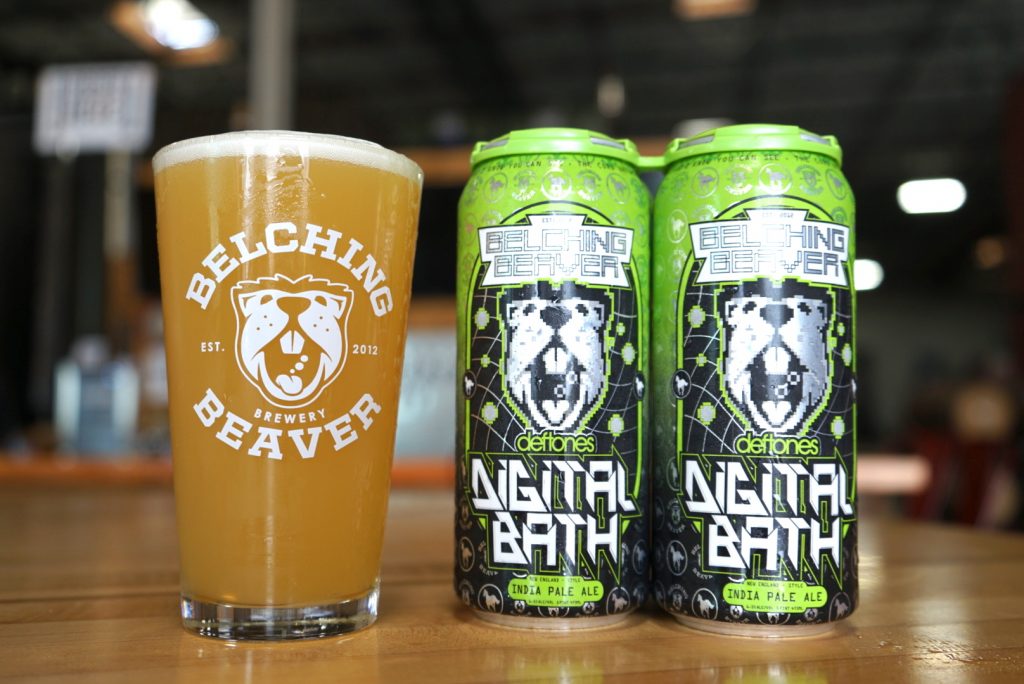 Sharing the same name as one of the most highly regarded songs off their White Pony album from 2000, Digital Bath is a New England-style IPA. Brewed with Citra, Galaxy, Mosaic, Nelson, Simcoe Cryo hops, this beer is smooth and juicy with notes of citrus, perfect for summer.

For Belching Beaver and Deftones fans that don’t live in SoCal, we’re happy to say this beer will be distributed in seven states: California, Washington, Oregon, Idaho, Nevada, Arizona and Hawaii. It will also be available online through www.belchingbeaver.com.

This is a limited release and will only be around for a few months. I’ve attached pictures of the can and a video.

The details of the beer are as follows:

Belching Beaver Brewery came from a desire to make great beer and have #DamGoodTimes doing it. When we started the company we wanted to do two things: First, have a brand that offered quality craft beer but was whimsical and fun to inspire good times. From the Winking Milkman to El Castor de Mariachi you can see each Beaver has its own individual style and personality. Second, we wanted to make beer for everyone and all palates. We have easy-drinking Blondes, Triple IPAs, Milk Stouts, Imperials Stouts as well as sours and barrel-aged beers. You name it, we have it! Good times to you my friend, and welcome to the Beaver family!