(Bend, OR) – Deschutes Brewery shares details of a few new beers added to their seasonal and year round lineup. Learn about Down ‘N Dirty IPA, Big Rig, Pinot Suav, Hop Slice Session IPA as well as a tweaked version of Armory XPA. 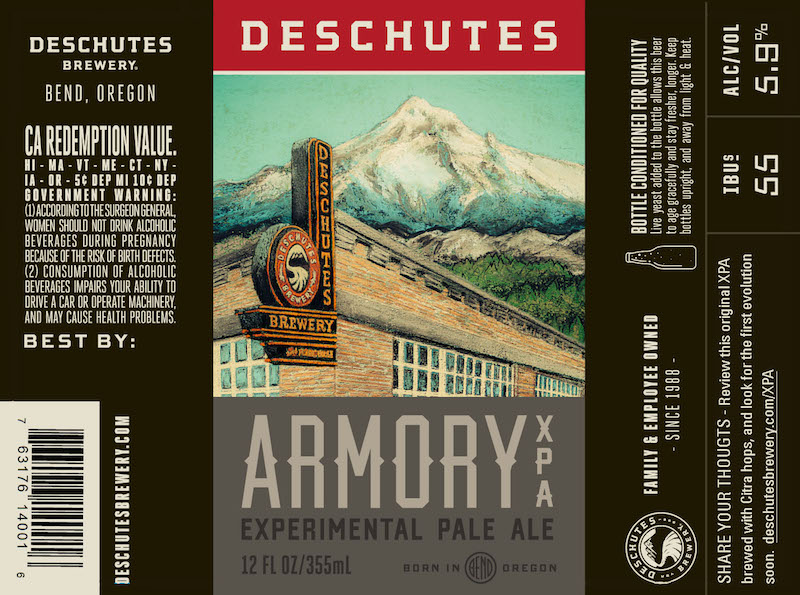 What: Bond Street Series (now in six-packs…12-ounce bottles and draft)

It’s fitting this experimental pale ale was the first beer brewed at our Portland Pub and now it’s made its way into six-packs. But, in the typical style of our creative brewing team, the experimentation doesn’t stop there: they’ll be changing out the featured hops in this brew every few months. The inaugural 2016 version gets its bitter twist from Nugget, and Northern Brewer hops, then delivers a pronounced citrus kick from Cascade, Centennial and Citra hops. Next round will be brewed using experimental hop number 07270, and then who knows? Consider this your next hop obsession.

Where: Everywhere Deschutes is sold 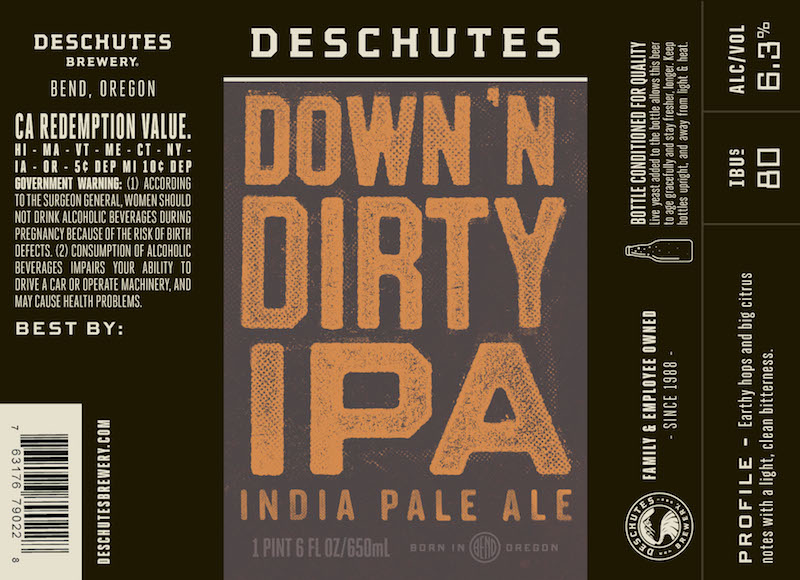 When: Year-round starting in April

What: Mainline Series (22-ounce bottles only)

Originally developed and named for The Dirty Half marathon, a longtime beloved staple of the Central Oregon trail running community, Down ‘N Dirty IPA is (obviously) the perfect post-run brew. Cascade and Centennial hops deliver bright citrus notes against the earthy bitterness of Bravo hops, balanced by a biscuity malt body. For non-runners, we recommend drinking it while you watch those marathoners speed by, or perhaps pair it up at dinner with a tasty elk burger.

Where: Most everywhere Deschutes is sold 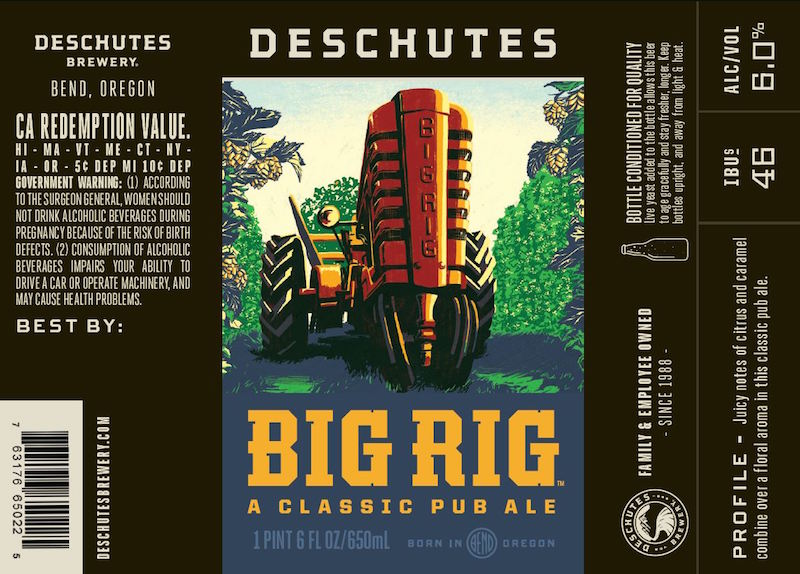 When: Year-round starting in April

What: Mainline Series (22-ounce bottles only)

This classic Pub Ale has been an annual favorite at our pubs for years, and now it’s heading down the road…in bottles. Inspired by a love for outside play (and the big truck driven by one of the beer’s original brewers), Big Rig balances a smooth, silky maltiness with crisp, floral notes and just the right bitterness from Crystal hops. Good time to drink? Anytime and anywhere, preferably with a side of sweet baby back ribs

Where: Most everywhere Deschutes is sold 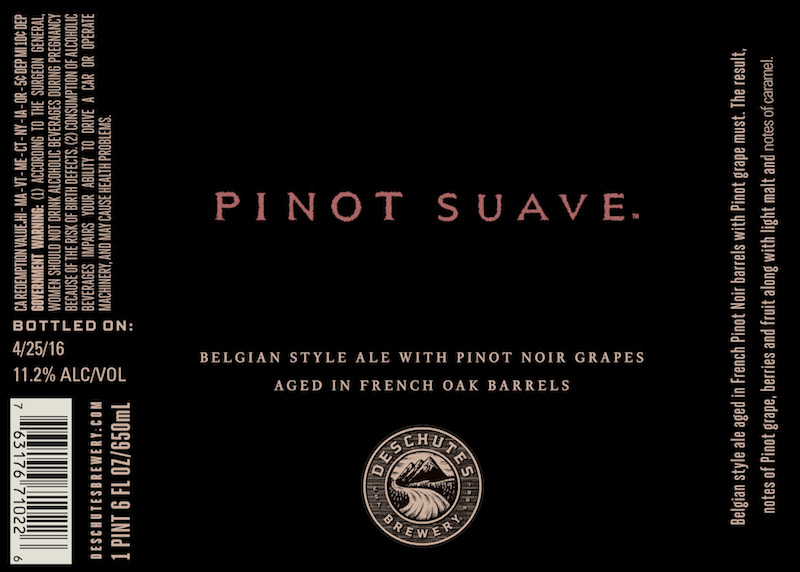 Smooth and slightly sexy…Pinot Suave is a Belgian style beauty aged in French oak and Pinot Noir barrels filled with Pinot grape must. Part of our limited Reserve Series lineup, this new beer is the first of five releases not to be missed in 2016. The result is a unique flavor profile with some delicate notes of acidity and wine tannins. The light malt body makes sure the berry flavors stay at the forefront.

Where: Limited quantities available most places Deschutes is sold 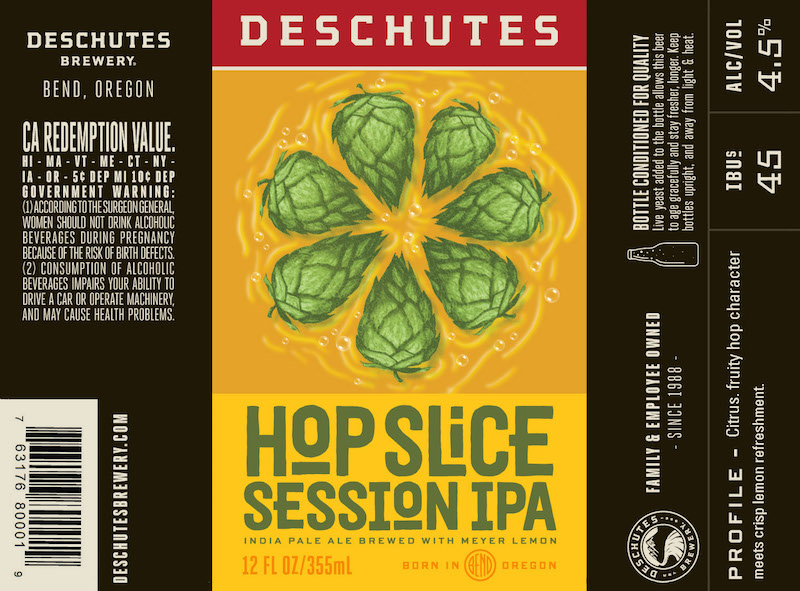 What: Seasonal (12-ounce bottles and draft)

We’re celebrating summer in a fresh way this year…by introducing a brand-new seasonal to our lineup: Hop Slice Session IPA. This new beer invites fans to “grab a slice of summer” with floral hop notes and crisp lemon refreshment. Hop Slice is brewed with Meyer Lemon, characterized by a more delicate aroma than the standard lemon, complemented by Azacca, Galaxy and Amarillo hops. This session IPA packs the hop flavor of an IPA in a light bodied beer crafted for a long summer day.

Where: Everywhere Deschutes is sold