(Bend, OR) – Deschutes Brewery, a trusted brand for 32 years, introduces a new limited release summer seasonal this May. Neon Daydream is a Hazy Ale brewed with intent for easy drinkability to embrace a deliciously lazy, hazy summer afternoon. 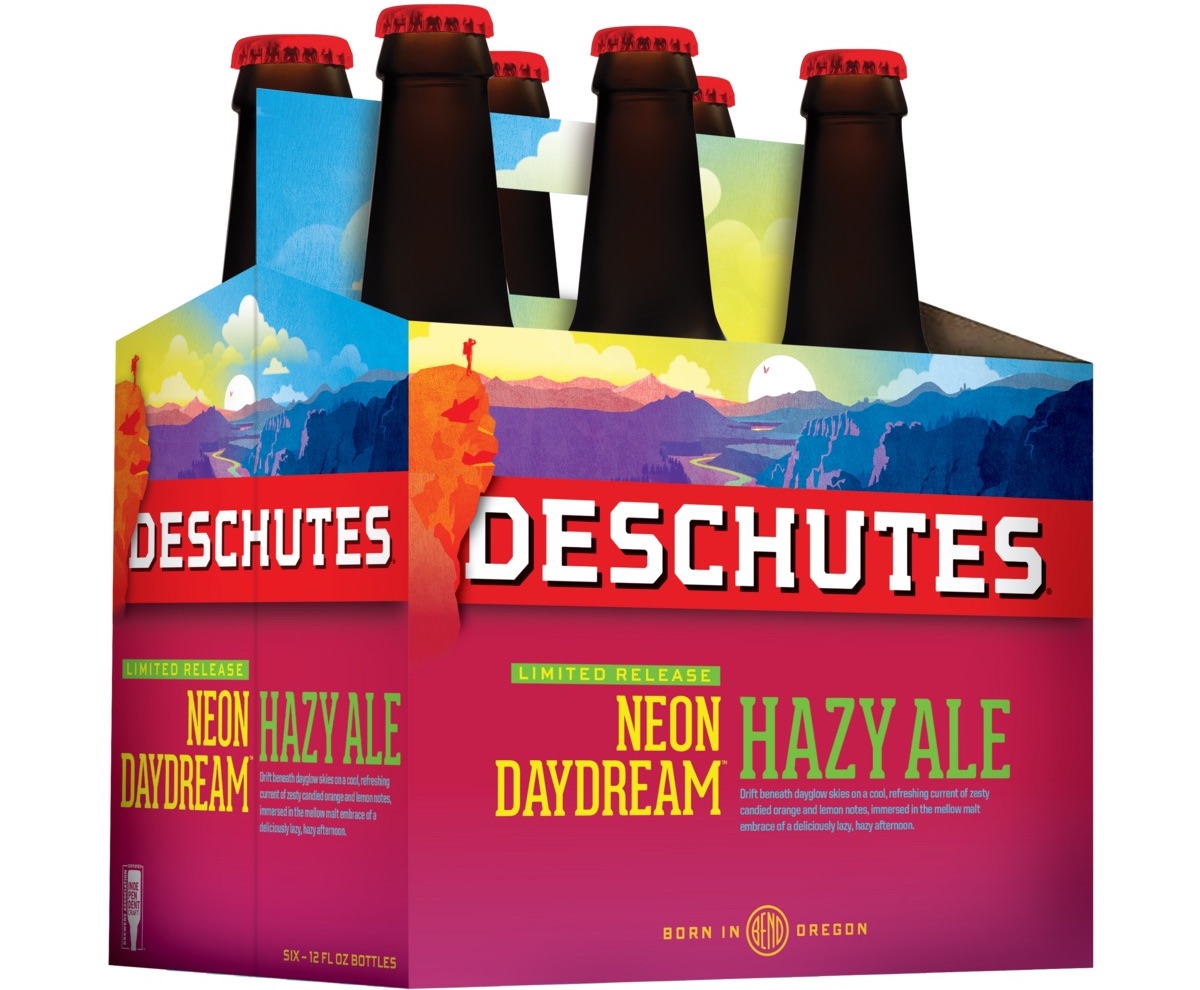 The beer was developed by Deschutes’ team of R&D brewers in the Pilot, Portland and Bend, Oregon breweries testing hop combinations and brewing methods to create an amalgamation of wheat, white, and hazy pale styles. Neon Daydream has refreshing aromas of orange, lemon, and fruity esters and a zesty, citrus hop flavor.

The beer was particularly popular in Portland, where Neon Daydream remained a top choice among patrons.

“Our pubs are where beers build momentum,” said Veronica Vega, director of product development for the brewery. “Our ability to engage with our customers while they’re sampling and receive direct feedback on new recipes is invaluable.”

With the excitement around Neon Daydream, Deschutes is bringing this new beer to the broader market of their entire distribution footprint for a limited time. Neon Daydream is 4.8% ABV and 35 IBUs and will be available everywhere Deschutes is sold. This new release is currently shipping to distributors in 12-ounce bottles in 6 and 12 packs and on draft expected at retail May. To sample this new release, please contact [email protected] com.

Exclusive Small Batch Reserves Available Now!
Tumalo Kriek is a mixed culture sour ale aged with Oregon cherries, a Northwest version of a Belgian-style Kriek. Named after Tumalo Creek, the tributary from the Deschutes River where Bend, Oregon’s famed water originates, a place of magical, but accessible beauty, this beer pays homage to the water it carries to the brewery, the most vital ingredient in the beer. Deschutes brewers describe this unique beer as “a love letter to Oregon and the memories that tie us to the area: Enjoying the beauty of its falls, hand cutting our Christmas trees and firewood in the forest, fishing, riding bikes and hiking the many trails in the watershed,” says Deschutes barrel master Ben Kehs.
“This is the largest fruit addition we have ever put into a beer, over 3 pounds per gallon,” said Kehs. “We wanted to create a mixed culture sour beer using local cherries that provided a counterpoint to our beloved Dissident, more cherry forward with a lower ABV and lighter malt bill to really let the cherry aroma and flavor shine through.”

Tumalo Kriek is 6% ABV and 10 IBUs and is available in 500 mL bottles.
The Ages 2020 is a gueze-inspired American Sour Ale. Multi-year blending shapes this wild brew packed with fruity, spicy esters and savory, tangy pear and white pepper flavors. At 7.4% ABV, The Ages is available in 500mL bottles.

Deschutes Brewery beer is available for sale online with safe, drive-through pick up at their tasting rooms in Bend as well as Roanoke, VA and pub in Portland, OR. Online beer sales are also available to ship in Oregon and Washington, D.C.