(Bend, OR) – Deschutes Brewery, family and employee owned since 1988, announced today the release of this year’s The Abyss. First released in 2006, The Abyss 2020 will release in 4 pack, 12-ounce bottles for the first time. This new presentation makes this fan favorite among the brewery’s Reserve Series accessible to enjoy immediately, share, and/or age. ​ 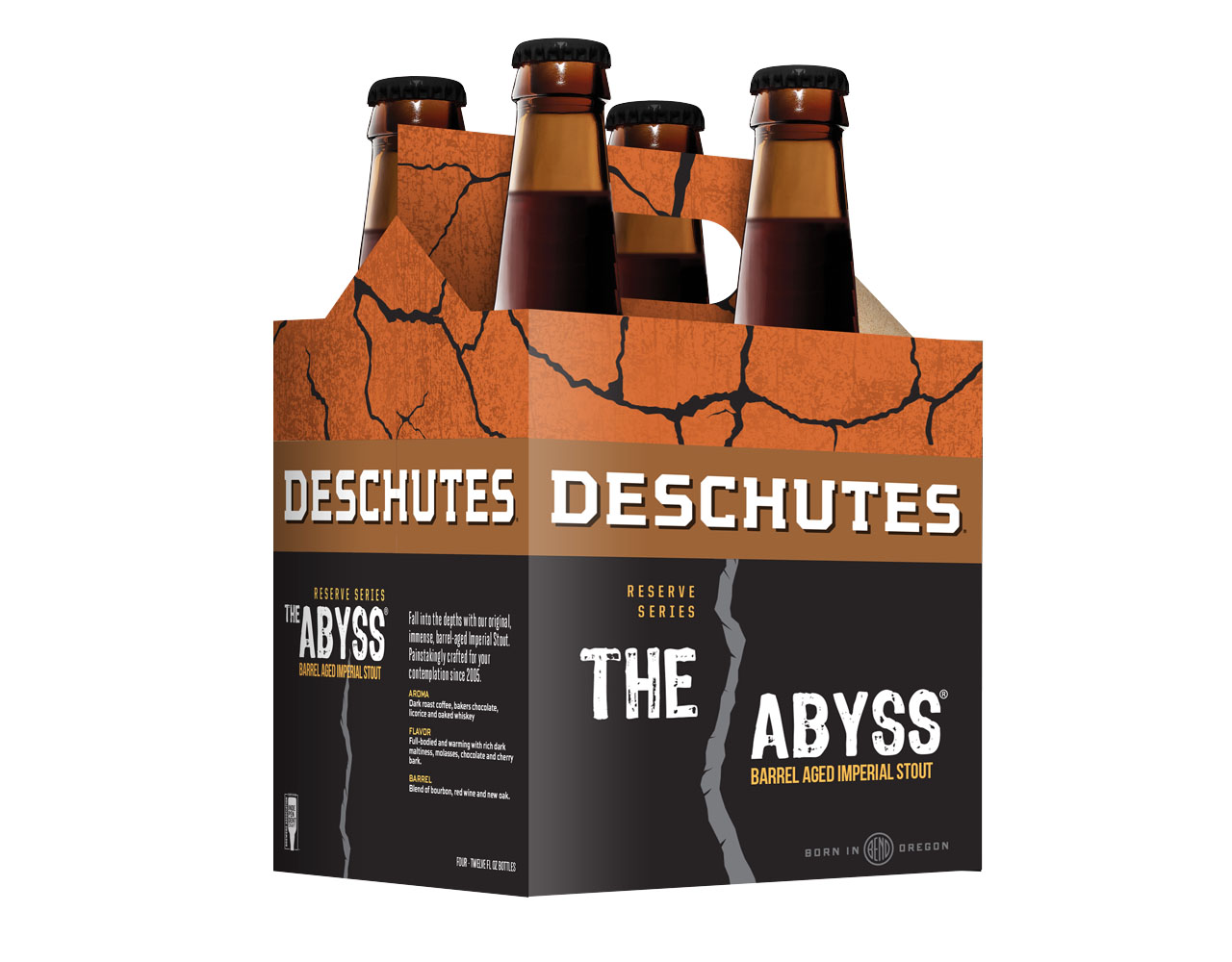 “In this time, we are eating and drinking at home more often,” said Veronica Vega, new product development director at Deschutes. “What I find most exciting about this new format is that we can make any night something special by pouring one of these out into a snifter and having that be ‘the occasion.’ ”

The most formally recognized and award winning barrel-aged brand for the brewery, The Abyss is an exclusive barrel-aged Imperial Stout that is released every November. Brewed with licorice, cherry bark, and molasses, the dark malt character is amplified, creating layers and layers of flavors that can be unraveled as the beer warms in the glass. Deschutes utilizes a Trappist yeast capable of handling the high alcohol (11.7% ABV) and ages in a blend of new Oak, bourbon and wine barrels. ​

The Abyss is currently shipping to Distributors across the brewery’s footprint in 12 ounces, 4 pack bottles and draft and is available now at Deschutes’ owned and operated locations in Bend and Portland, Oregon.

About Deschutes Brewery:Deschutes Brewery, family and employee owned since 1988, is one of the quintessential beers of the Pacific Northwest. Founded on the guiding principles of true craftsmanship, ultimate quality, and extraordinary consumer experience, Deschutes Brewery is recognized for defining beers such as Black Butte Porter, Mirror Pond Pale Ale,  Fresh Squeezed IPA and the non-stop release of pioneering small batch experimental and barrel-aged beers. Deschutes can be found at its brewpubs in Bend and Portland, Oregon, Tasting Rooms in Bend, and Roanoke, Virginia and at accounts in 32 states across the country. Visit Deschutes Brewery’s beer finder at https://www.deschutesbrewery.com/beer-finder/ to find a Deschutes beer near you. www.deschutesbrewery.com