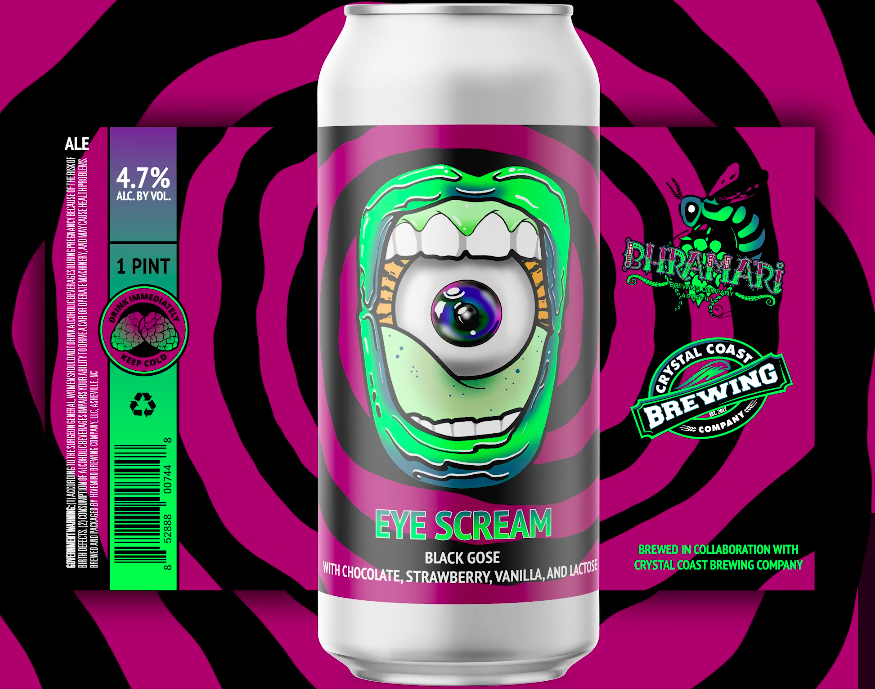 “It’s magical.” said Sernack. “We were interested in brewing this style, as we’re two of the only breweries I know of that have brewed a black Gose. All in all, the flavors came together just magically.”

For Crystal Coast, this is their eighth collaboration since opening in 2017, most recently working with Southern Pines Brewing Company, another North Carolina brewery, in August and September on a Rosé Berliner Weisse and a Peach Farmhouse Ale. Bhramari last collaborated with Crystal Coast in fall of 2018 on a sour IPA that was sold across the state.

Cans and draft of Eye Scream will be released simultaneously between Bhramari Brewing and Crystal Coast Brewing on Saturday, along with select locations throughout North Carolina this week.

“­­­­­­­­­­­­­­­This beer will certainly be a delicious treat!” Smith said. “Gary is a wonderful man, and his ingenuity to come up with such fun ideas are the reason I love working with him.”