(Denver, CO) – Crooked Stave Artisan Beer Project will release Trellis Buster as its third limited rotator for 2018. Trellis Buster, an 8.0% ABV American Double IPA will be attainable in 6-pack cans and draught in most markets where Crooked Stave craft beer can be found. 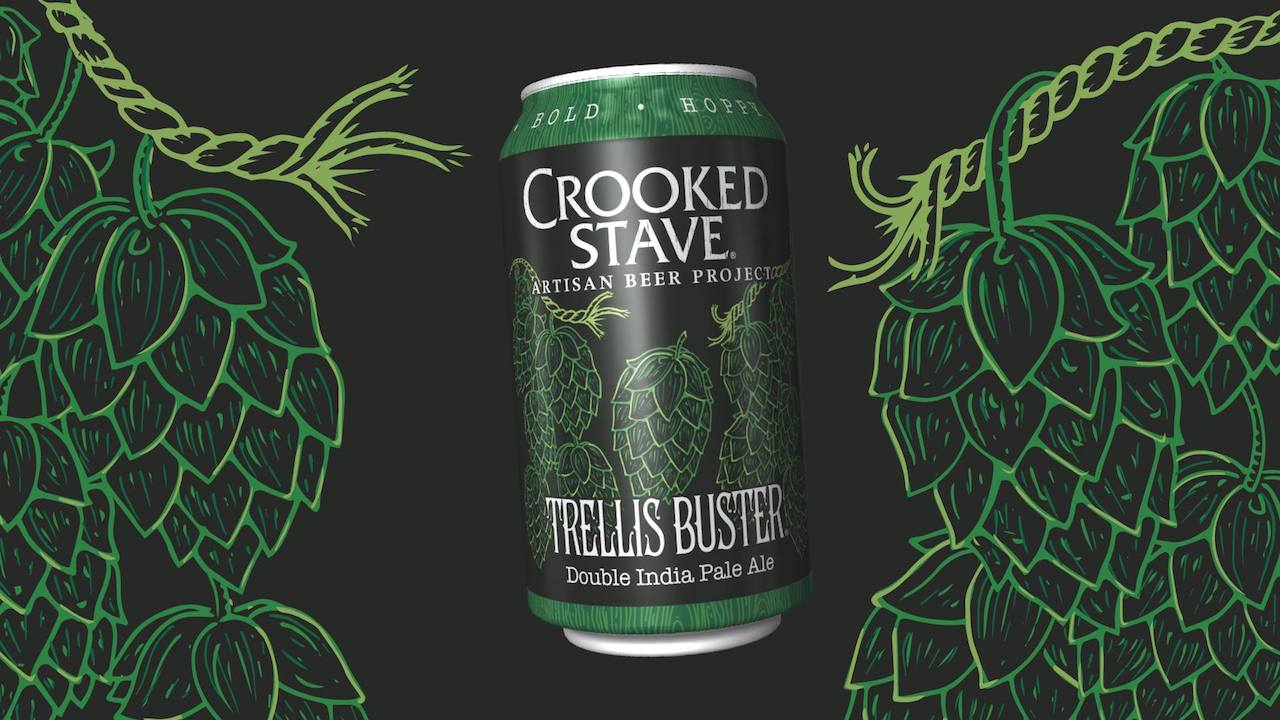 Trellis Buster is brewed with more hops than we have ever used in a single beer, this resinous trellis-busting hop bomb is bursting with bold character. We’ve tailored the malt profile to deliver a ridiculously smooth and drinkable double IPA; dry-hopped with Azacca, Citra, Motueka, and Simcoe.

“Bold and resinous, Trellis Buster is inspired by the fresh hop fields we visit each year during harvest. This unfiltered, hopped-up Double IPA is bursting with flavor and aroma. We add more hops to this beer than anything else at our brewery, as if the trellis that holds the bines burst right into the beer itself”, states Chad Yakobson, Crooked Stave Owner and Brewmaster.

In celebration of National IPA Day, Trellis Buster will be available in 6-pack cans and on draught in the Crooked Stave tasting room on Brighton Blvd starting August 2nd.