(Denver, CO) – Crooked Stave Artisan Beer Project is gearing up for a strong 2017. It was a tenacious 2016 which saw the culmination of Crooked Stave’s investment of nearly 3 million dollars to launch it’s fully customized brewery, including a new brewhouse with coolship, new fully hard piped stainless steel fermentation cellar, nearly doubling the size of their Foeder Farm, committing to 100% whole fruit in all of it’s fruited sour beers and last but not least, new packaging equipment including a 750ml bottling line built out with cork and caging capabilities. With the new equipment on line and processes dialed in, the brewery has been busy packaging the upcoming years many sought after and limited release beers into the new 750ml bottles, complete with custom corks and cages as well as some very limited 1.5L Magnums of select barrels. 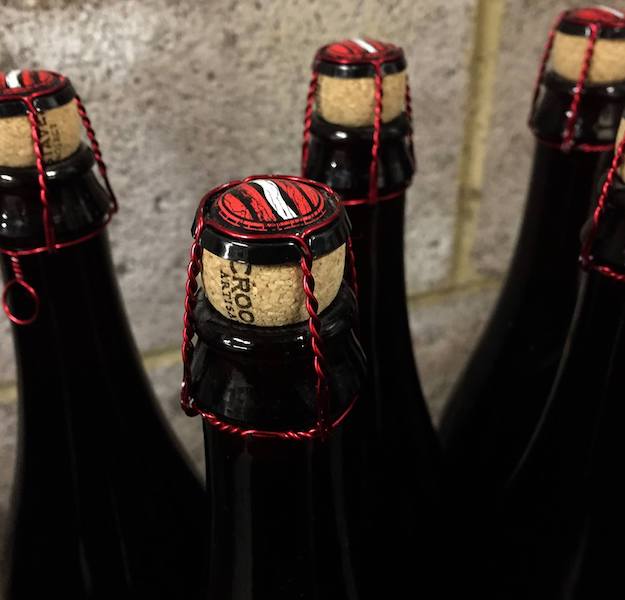 “2016 was a whirlwind of a year, “ said Chad Yakobson, Crooked Stave Owner and Brewmaster. “Our skilled production team doubled in size, and we re-developed each of our processes to maintain our vision as a world leader in the fermentation of sour and wild beer with quality continuing to guide each successful step forward. 2016 also saw us release clean beers to the market and those have taken off, being wildly successful for us. 2017 is the year where we get to show off all the hard work we have put in over the last 6 years to get to this point. We see this year as a turning point, we put processes in place capable of making beers in a creative and quality way that I’ve never seen any other brewery install.”

The brewery is set to release all of its Barrel Cellar Blends including L’Brett d’Or, Flor d’Lees, Origins and Nightmare on Brett in 750ml cork and cage format along with being 100% bottle conditioned. In addition to these brewery favorites, 2017 will see the creation of the Reserve Cellars Releases which includes a new 750ml limited offering each month. These are the breweries highly sought after fruit sours, produced with 100% whole fruit sourced locally from Colorado and Washington state, including favorites like L’Brett d’Raspberry, Persica, Surette Reserva with Palisade Peaches, Mama Bears Sour Cherry Pie and Nightmare on Brett Raspberry. Limited Reserve Cellars Releases have also made their way into 1.5L magnums to be released at various Taproom events. New for 2017 is the addition of taproom only releases. The brewery has been busy producing single barrel bottling’s and limited blends of new and creative beers. While the amount of bottles varies, some of these releases include as few as only 200 bottles.

“We see many of our 2017 taproom only releases selling out the day they are released, given the very small number of bottles packaged,” says, Brett Zarhte, Packaging Manager at Crooked Stave. “These bottling runs are over before they start they are so small. Our packaging team loves these runs, especially when we add a few 1.5L Magnums to the mix. It’s a beautiful bottle when it’s all said and done.”

First up for Crooked Stave is Nightmare in Brett Raspberry, just announced as Ratebeer.com’s top 50 beers released in 2016 with a perfect 100 rating. Set your calendars for February 14th, Valentines day and the annual release day of Nightmare on Brett Raspberry. The taproom is gearing up with custom made chocolates that incorporate the beer into the chocolate, a slew of vintage tapping’s and bottle releases including some 1.5L Magnums of the beer and the release of additional 750ml cork and cage bottles.