(ATHENS, GA) – Creature Comforts Brewing Company will bring back its popular seasonal Pale Ale, Automatic, this June. The beer will be available on draft in early June as well as in 6-packs of 12- ounce cans in late June in both the Athens and Atlanta markets. 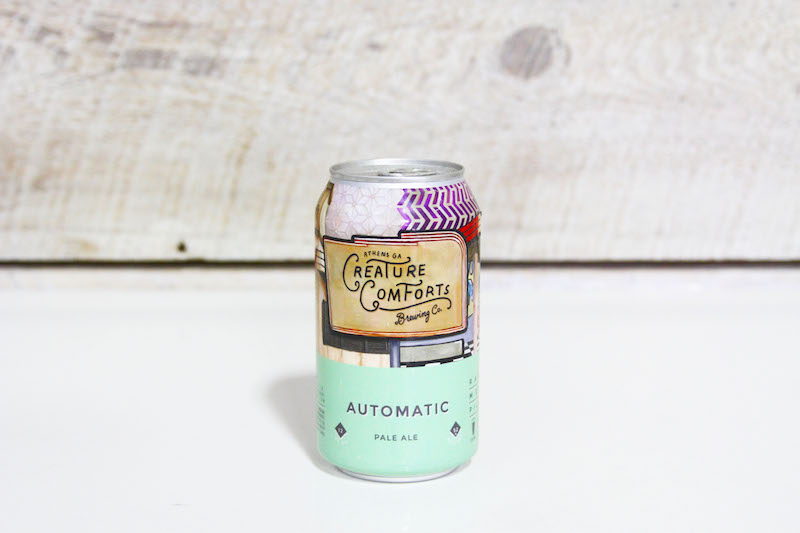 Automatic is a modern pale ale with an ABV of 5.2-percent that features a prominent hop flavor and aroma. A mix of Mosaic and Crystal hops are used to create a delicate balance and give the beer an aroma that features a complex array of berry, citrus, herbal, and pine notes.
The flavor mirrors the aroma with a bit more earthiness and stone fruit, leading to a nicely balanced and moderately bitter finish. Co-founders Chris Herron, Adam Beauchamp, and David Stein secured hops from Yakima, WA in 2016 that were used in the beer.

“We went to Yakima in the Fall of 2016 to select hops for our beers for the first time,” said Co-founder and Brewmaster Adam Beauchamp. “In doing so, we were able to secure some beautiful Mosaic from Oregon as well as some Crystal hops that clearly stood out to all of us as highly aromatic.”

The brewery collaborated with a local artist to design the can label. Athens painter, Michelle Fontaine, was inspired by 1950s American popular culture as well as the origin of Creature Comforts’ facility – a former 1940s Chevy dealership and later the Snow Tire Company. The label depicts a classic automotive theme.

Automatic will be available onsite at the brewery as well as in the Athens and Atlanta markets. For more information about Creature Comforts visit www.creaturecomfortsbeer.com.