Cigar City Brewing of Tampa, Florida shares with us, their 2014 Year-round Beer Calendar, Seasonal Beer Calendar as well as their draft only Nitro release calendar. 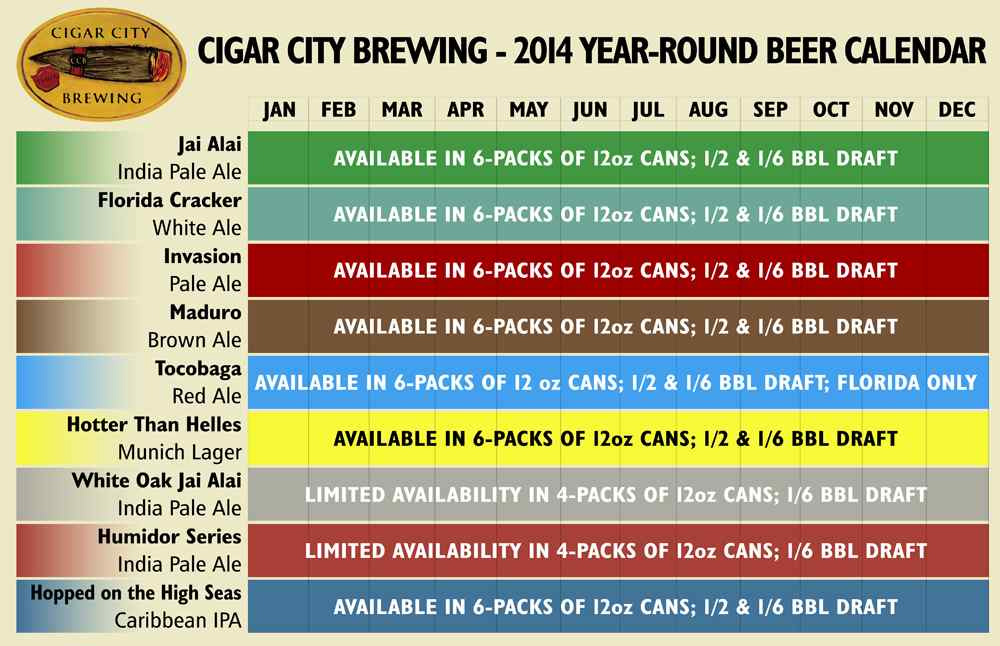 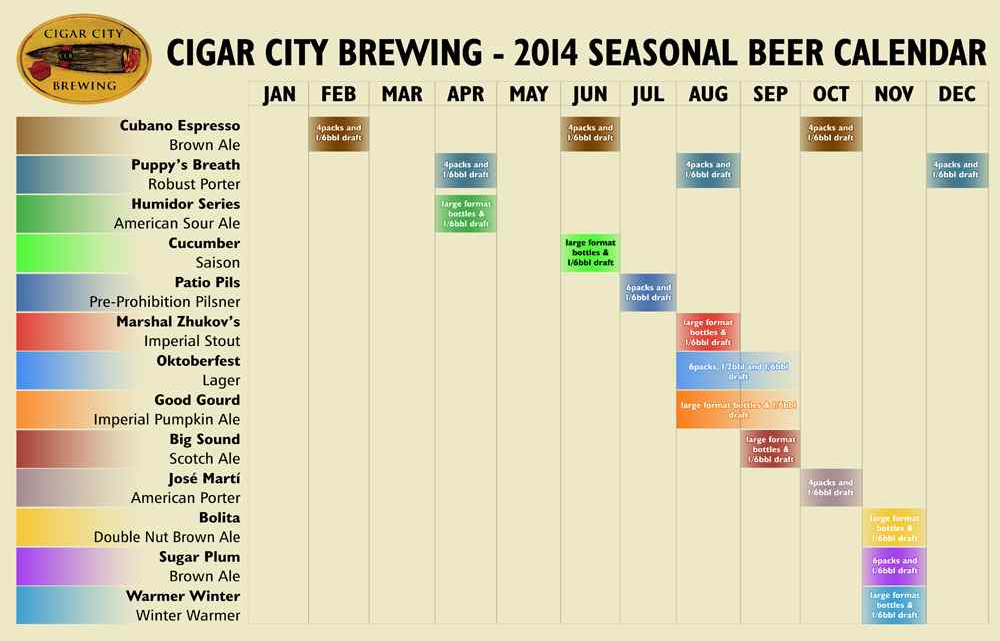 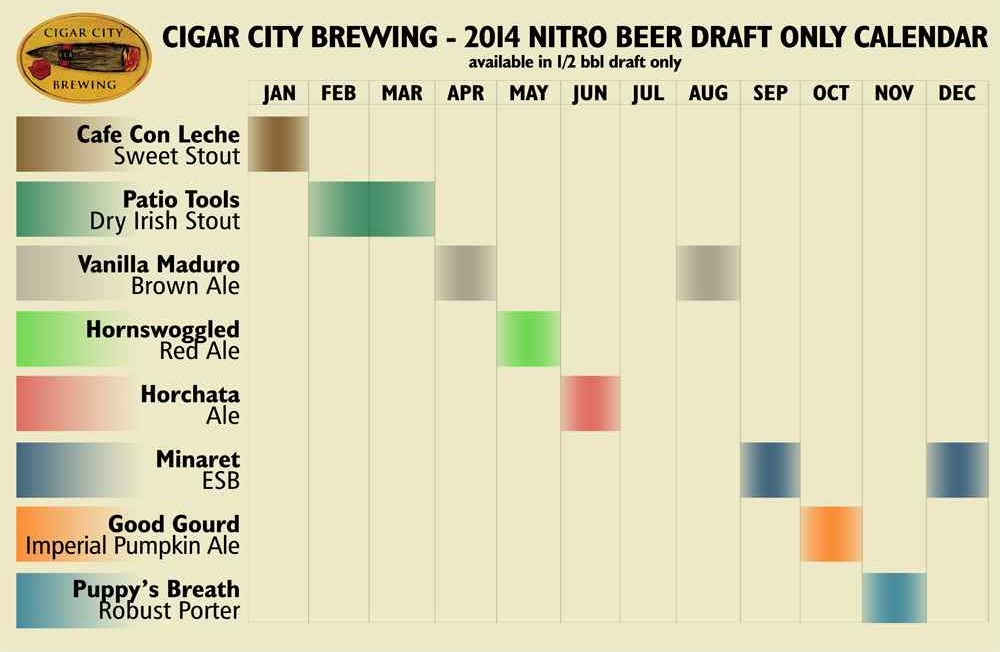 Cigar City Brewing was founded with two goals in mind. The first to make the world’s best beer and the second to share with people near and far the fascinating culture and heritage of the Cigar City of Tampa. From its past as the world’s largest cigar producer to its Latin roots and the many other diverse peoples that call it home, Tampa draws on many sources to develop its unique culture. At CCB we are fascinated by Tampa’s history and suspect you will be too.