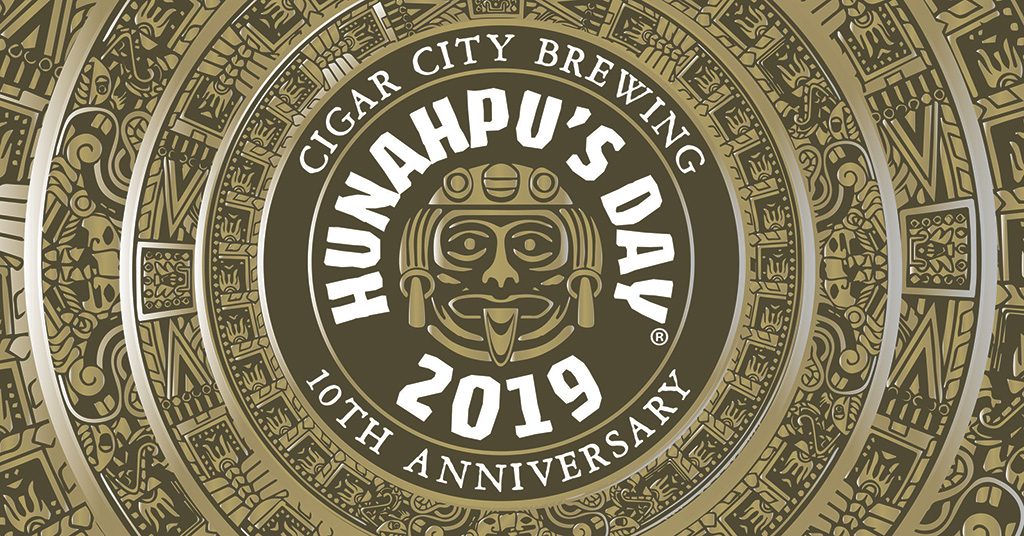 First released to celebrate CCB’s one-year anniversary in 2010, Hunahpu’s Imperial Stout has become one of craft beer’s most coveted brews, with thousands of beer devotees traveling to Tampa each year for Hunahpu’s one-day release. Hunahpu’s begins as an 11.2% ABV Imperial Stout boasting strong notes of espresso and dark chocolate. After fermentation, cacao nibs, vanilla beans and cinnamon are blended with ancho, pasilla and guajillo chili peppers. The resulting beer finds the perfect balance between sweet milk chocolate flavors, spice-derived complexity and a Scoville heat that’s slow-building but never overwhelming. CCB Brewmaster Wayne Wambles named his mole-inspired beer after Hunahpu, one of the Hero Twins in Mayan mythology, as a nod to the beer’s Central American inspiration. Accolades immediately followed the beer’s release, resulting in appearances on RateBeer, Untappd and BeerAdvocate lists of all-time highest rated beers in the world.

Wambles and Cigar City Brewing’s Founder and CEO, Joey Redner, were so taken aback by the Stout’s reception among the craft beer community that they dubbed the beer’s release “Hunahpu’s Day.”

“The goal was to celebrate our anniversary and draw attention to the release of this incredible beer,” said Wambles. “Hunahpu’s Imperial Stout is labor intensive and seriously inhibits our ability to brew our year-round beers when it’s in process, so we’re limited to a once-a-year release for the beer. We thought, ‘If we can only release this beer that people really love once a year, let’s throw a party around its release!’” CCB invited several out-of-state brewery friends to pour their beer at Hunahpu’s Day in 2012, and lit the spark for a full-scale beer festival and celebration.

Hunahpu’s Day has grown exponentially over the years, necessitating larger venues, more beer and the inclusion of local food vendors. Hunahpu’s Day 2018 was CCB’s most successful event ever, with over 5,000 attendees enjoying rare beer from over 170 breweries from all over the world.

Additionally, CCB is celebrating the 10th anniversary of Hunahpu’s Day by introducing two exciting new versions of Hunahpu’s Imperial Stout available only to higher-level ticket holders. Cigar City Brewing’s Special Events Manager Chris Madalena said, “To celebrate the 10th anniversary of Hunahpu’s Day, we are excited to bring Hunahpu’s brother and mother to the party with two versions of Hunahpu’s Imperial Stout available exclusively with higher level tickets.
Xbalanque is rested on Amburana Wood, lends a vanilla and chicory-like woodiness to the beer. Xquic will also make its debut – a version of Hunahpu’s that utilizes maple to round out the spicy roastiness. Both introduce new dimensions to a world-class beer.”

About Cigar City Brewing:
Cigar City Brewing, makers of Jai Alai IPA and Hunahpu’s Imperial Stout, was founded in 2009 by Joey Redner with the goal of creating world-class beer that reflected the flavors and history of the Tampa Bay region. This unique approach has resonated with local and national markets and the brewery has quickly grown to produce over 140,000 barrels of beer annually. Accolades have poured in since the brewery’s inception, including appearances on ratebeer.com’s Top 10 Breweries Worldwide six times. Cigar City Brewing is a key partner in CANarchy, a craft brewing collective that represents the largest canned craft beer supplier in the country.