(TAMPA, FL) – Following a record year for sales and growth in 2018, Cigar City Brewing (CCB) has announced its expansion into the Ohio market in January 2019. Jai Alai IPA and Guayabera Citra Pale Ale will be available in both kegs and 12oz cans. Additionally, Maduro Brown Ale and Florida Cracker Belgian-style White Ale will enter the market as draft-exclusive releases; plus, CCB is excited to present its newest year-round offering, the Mixed 12-Pack, to Ohio beer lovers. All of these offerings will debut in Ohio on January 1, 2018. 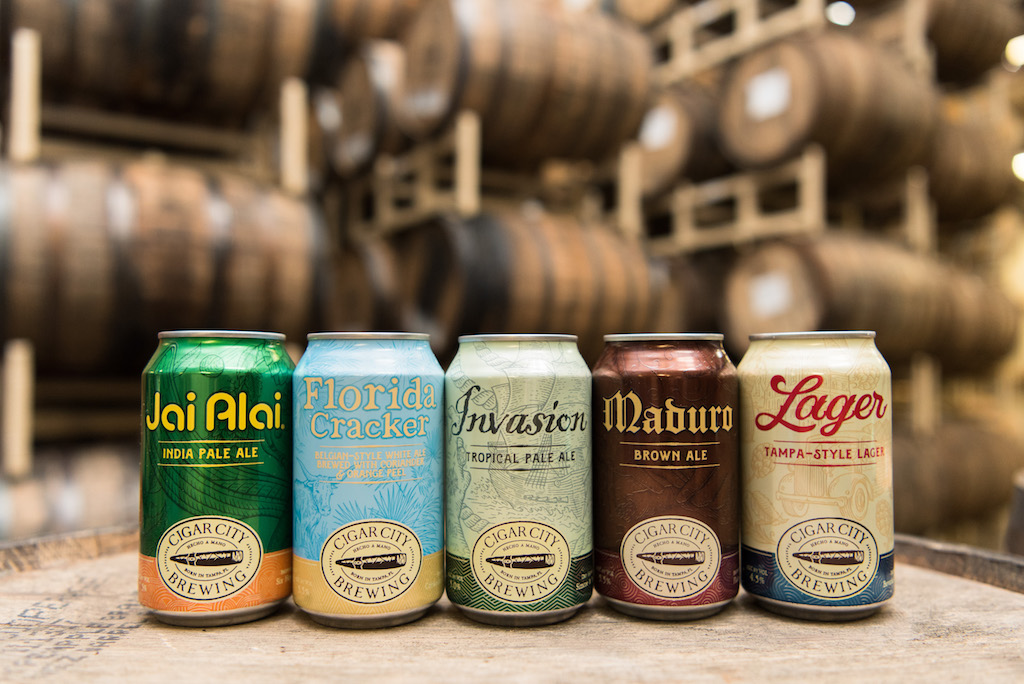 Thanks to a new partnership with Superior Beverage Group, CCB’s craft beers will appear throughout the Cleveland and Columbus markets. In the Toledo area, NWO Beverage will deliver CCB, while the team at Bonbright Distributors will cover the Dayton area. Finally, Cincinnati’s Stagnaro Distributing has signed on as CCB’s wholesale partner for the Cincinnati metro area.

Looking to build on the substantial presence of CANarchy portfolio-mate Oskar Blues Brewery, Cigar City Brewing enters the Ohio market poised for strong and sustained growth. The fastest growing among American Top 50 craft breweries, CCB boasts the #2 best-selling craft six-pack can in the U.S. through national IRI reporting in Jai Alai IPA with other year-round and seasonal offerings complementing. National and international awards and accolades have garnered attention for the brewery since its first brew day in 2009.

“We couldn’t be happier to bring our Florida-inspired beers to the Buckeye State,” said Neil Callaghan, CCB’s El Lector. “We’ve had our sights set on Ohio for quite a while and now that we’ve found the best wholesalers in the state, we’re ready to join the Ohio craft beer community. With their help and the help of our CANarchy brothers and sisters, we’ll be able to get the freshest, highest quality beer possible into Ohioans’ snifters and pint glasses.”

Jason Edwards, Senior Vice President of Business Development at Superior Beverage Group said, “Superior Beverage Group is proud to represent Cigar City Brewing in our territory. The quality and portfolio that they are bringing to our state will truly be appreciated and loved by Ohio residents. Our team is dedicated to enhancing business for our customers and trading partners with this great addition to our portfolio.”

Market launch events will take place throughout Ohio in January with numerous Cigar City Brewing representatives traveling from Tampa to celebrate the arrival of the brand. These events will offer opportunities for Ohio’s craft beer fans to learn about Cigar City Brewing’s history and first-rate beer from the people who know it best.

About Cigar City Brewing:
Cigar City Brewing, makers of Jai Alai IPA and Hunahpu’s Imperial Stout, was founded in 2009 by Joey Redner with the goal of creating world-class beer that reflected the flavors and history of the Tampa Bay region. This unique approach has resonated with local and national markets and the brewery has quickly grown to produce over 140,000 barrels of beer annually. Accolades have poured in since the brewery’s inception, including appearances on ratebeer.com’s Top 10 Breweries Worldwide six times. Cigar City Brewing is a key partner in CANarchy, a craft brewing collective that represents the largest canned craft beer supplier in the country.