(BOSTON, MA) –Castle Island Brewing’s Beer Garden has returned to Constitution Wharf for a second season overlooking the Boston skyline. Dubbed Castle Island at Constitution Wharf, the waterfront pop-up, which opened on Thursday May 30th, is based in Charlestown next to the historical USS Constitution. The site is conveniently located within steps of North Station and is right off I-93 with parking available on-site. 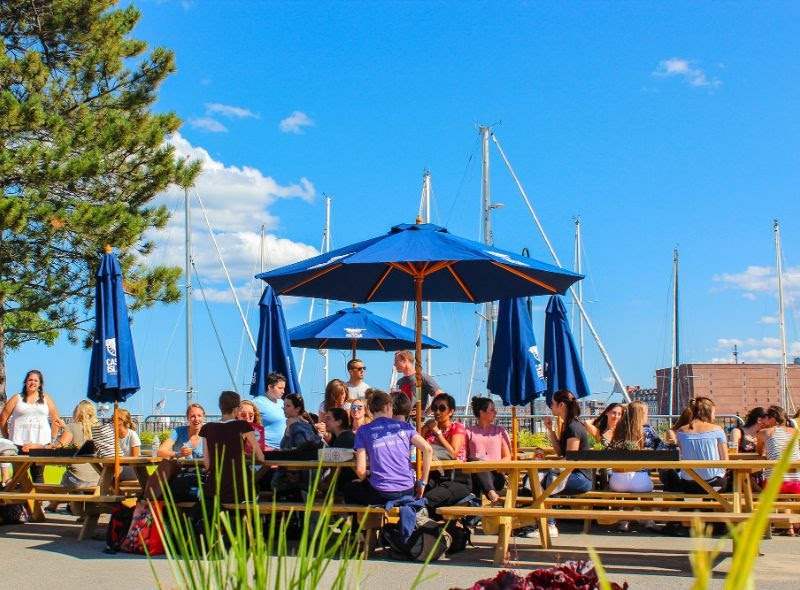 Castle Island at Constitution Wharf will bring back many features from last year’s open-air beer garden including communal seating, event programming, and the brewery’s 20-tap draft trailer. Castle Island plans to pour a wide variety of styles including their new year-round release, White Ale, their award-winning American Lager, and their flagship Keeper IPA along with a selection of limited releases. Wine, gluten-free, and non-alcoholic beverage options will also be available.

Much like the company’s Norwood-based taproom, Castle Island at Constitution Wharf will be dog-friendly with food trucks and pop-ups scheduled throughout the season. The company is excited to be able to bring this communal gathering space back to Constitution Wharf which is owned and operated by National Development.

”After a successful few months in Charlestown last year, we are very excited to be returning this year,”said Castle Island President, Adam Romanow. “The community was super supportive and welcoming last summer, and we look forward to continuing to build and strengthen that relationship in the coming weeks.”

Castle Island at Constitution Wharf’s hours of operation will run Thursday and Friday from 3-9pm, Saturday from 12-9pm, and Sunday from 12-7pm.

About Castle Island Brewing:
Castle Island is an award-winning Massachusetts brewery dedicated to crafting a party with a purpose. With a focus on American-style ales and lagers, we make offerings that are both unique and approachable. Whether you find yourself discovering Castle Island for the first time or have returned for another round, you can expect a stellar experience from the very first to the very last sip. You can find our beer throughout Massachusetts and Rhode Island in cans and on draft, as well as at our Norwood brewery and taproom.