(Portland, OR) – Cascade Brewing will release its Chêne des Fous 2018 project in 500ml bottles and on draft on Friday, Oct. 11, at its two Portland-area pubs and through its distribution channels. Made in collaboration with Burial Beer Company in Ashville, N.C., Chêne des Fous, pronounced “shen de-FOO,” will also debut at Burial Beer Co.’s Burnpile Harvest Fest on Saturday, Oct. 12. 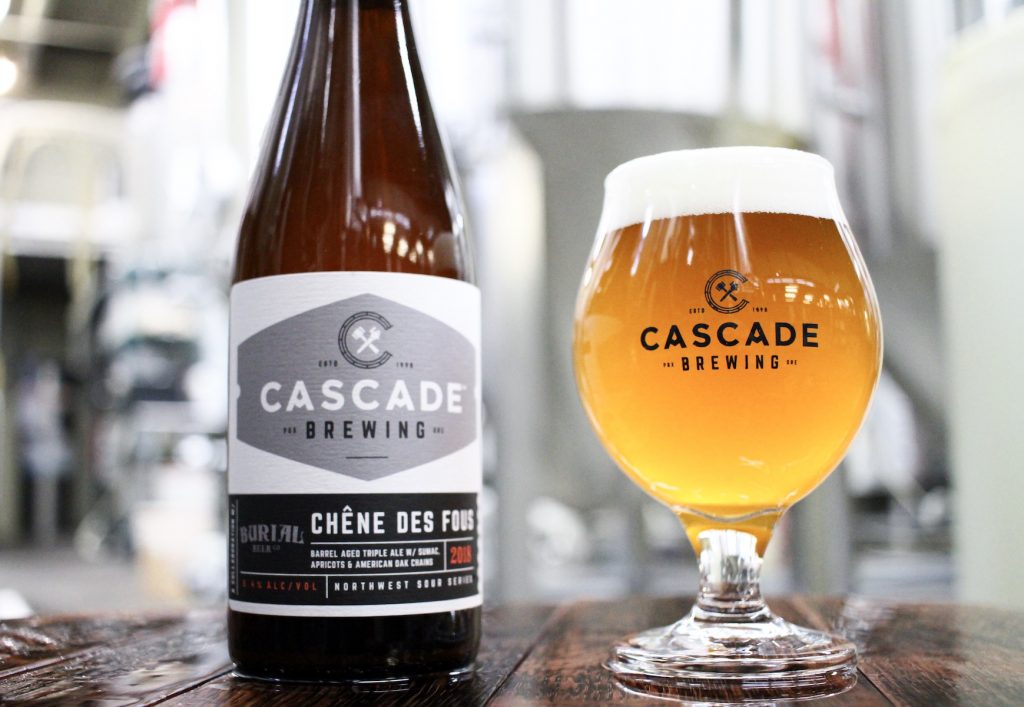 Chêne des Fous––meaning “Oak of the Fools”––is a blend of sour triple ales aged for up to 18 months in French oak barrels with dried sumac, fresh apricots and toasted American oak chains. Intense oak flavors are met with savory lemon and dried fruit notes from the sumac and a subtle stone fruit aroma.

Cascade Brewing is also sharing two draft-only pub projects this month. On Oct. 15, the brewery will release Mulled Apple Sour, a seasonal blend of blond and red ales aged in oak wine barrels for 14 months with vanilla bean and spices, then sweetened with fresh apple cider and honey. Served hot, this fall offering features flavors of mulled cider, apple pie and warm holiday spices. An annual fall favorite, this beer will be available in the pubs until Nov. 25, or until it sells out.

On Oct. 18, Cascade Brewing will release Watermelon Gose, a blend of wheat ales aged in neutral oak barrels for up to seven months with late infusions of hibiscus, Oregon Coast sea salt and fresh watermelon from Hermiston, Ore.