(Cape May, NJ) — Cape May Brewing Company is thrilled to announce the newest addition to their award-winning lineup of beers: Cape May Lager, a clean, crisp, and easy-drinking Pale Lager. 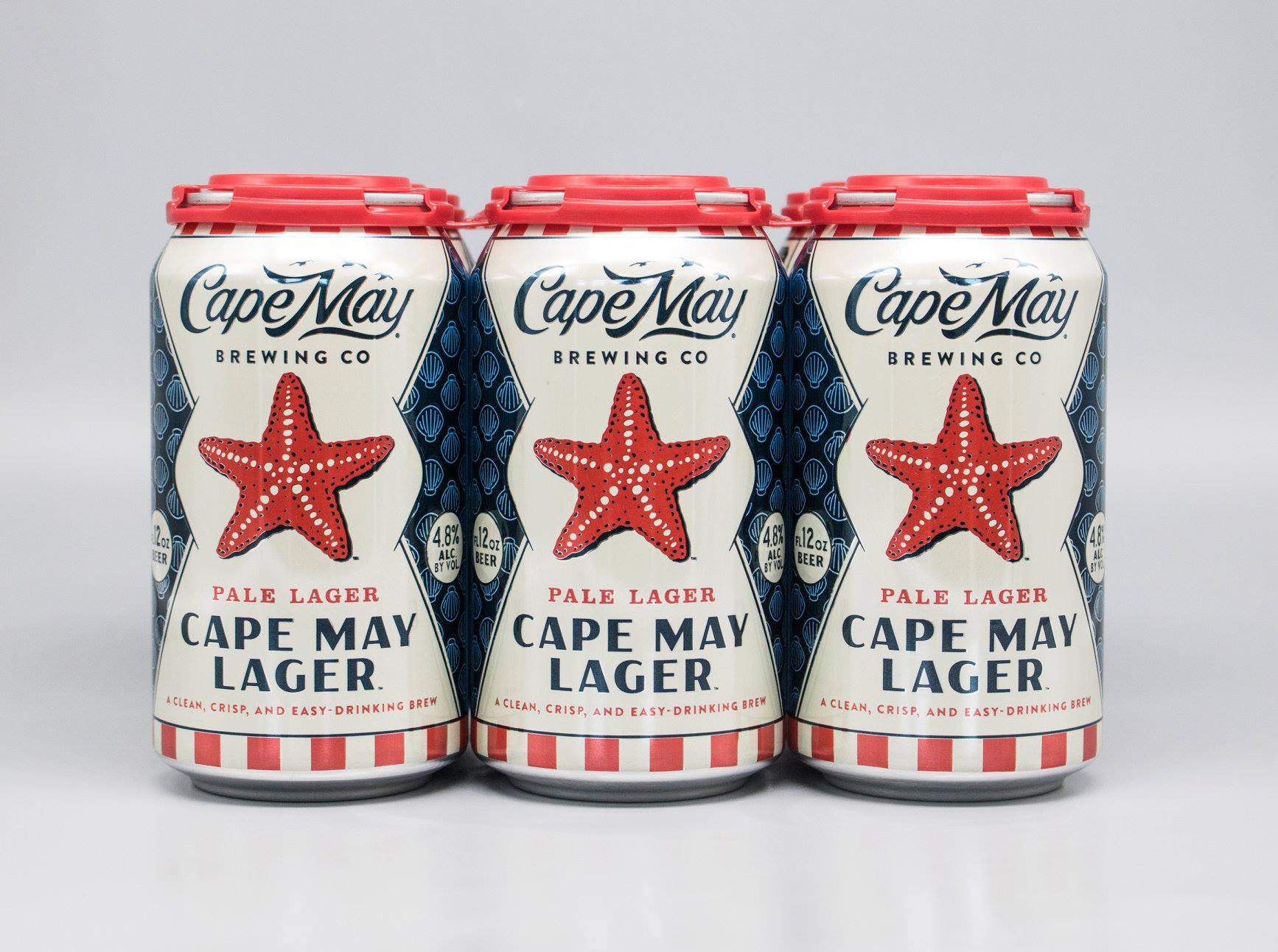 “Beer brings people together,” says CEO and co-founder Ryan Krill. “That’s why we’ve spent more time and energy developing this particular brew than anything else in our portfolio, to ensure that we’ve brewed the most approachable beer in our lineup, something that’s meant to bring every beer drinker together and leave no one behind.”

In developing Cape May Lager, the idea was to build a beer that would appeal to both the entrenched craft enthusiast as well as the uninitiated beer drinker, more accustomed to readily-available macro lagers.

“We wanted it to have the depth of flavor craved by craft beer aficionados while maintaining an everyman approach that the uninitiated would be excited to try,” explains Innovation Director Brian Hink. “If we played it too safe, we’d lose out on the craft beer drinker, but if we went too aggressive with the flavor, we might be able to grab the average beer drinker out of an initial intrigue, but the likelihood of it becoming their next go-to simply wouldn’t happen.”

Cape May Brewing Company has been developing this beer for over a year, with elements of the recipe stretching back to things they’d learned from an earlier brew, June of 2016’s Mooncusser Pilsner, and continued through CMBC’s R.A.D. Series — Research And Development — an experimental series to test new offerings. In that series, the brewers were given a bit more latitude to tweak, change, and modify the recipe for what would eventually become Cape May Lager.

“The R.A.D. process also came in handy in getting feedback from our fans and seeing what they preferred,” says Director of Brewing Operations Jimmy Valm. “This was very helpful. There was one iteration where we thought it was fantastic, but a lot of our fans who enjoy Pale Lagers thought it was too hoppy. So, getting some feedback and direction certainly helped.”

Pale Lagers are notoriously delicate to brew: minor changes in the recipe could have far-reaching effects on the final beer.

“In such a simple beer,” says Valm, “anything even slightly off really stands out. They take a lot of time and each batch has to be handled very carefully. For Cape May Lager, we wanted there to be a slight hoppiness but nothing overpowering.”

Cape May Lager went through multiple iterations in the R.A.D. process. R.A.D. #001 was essentially a less hoppy Mooncusser Pilsner, yet the hops aroma from the whirlpool addition was still a little too aggressive for the final brew. R.A.D. #005 in February of last year completely removed the hops from the whirlpool, which resulted in a beer that was universally agreed to be too bland and lackluster. By R.A.D. #007, released in the early summer of 2017, Cape May focused on on layering the hop flavor and aroma throughout the boil.

“It was universally agreed to be the beer that we would eventually call Cape May Lager,” Hink says, “and I happily drank plenty of pints of it for the few weeks it was available in July.”

The standard ingredients for a pale lager include pale pilsner malts, a Bohemian yeast, and noble Saaz hops.

“But it’s what you do with them that make the difference,” says Valm.

Cape May Lager adds a touch of Melanoiden malt — less than 5% of the total malt bill — for color and a bit of “zing.” The result is a clean, crisp, approachable brew that shows off each ingredient, giving each its moment to shine without overpowering the others, perfect for ball games, barbecues, and winding down after a long day at work.

“In the end, I think we got a great beer with a fantastic light malt flavor and just the right level of the Noble hop aroma from the Saaz,” says Valm.

Cape May Lager releases for distribution in New Jersey by Cape May Brewing Company’s distribution arm, Cape Beverage, on Thursday, February 21, in their Tasting Room at 1288 Hornet Road in the Cape May Airport the following day, and in Pennsylvania on Monday, March 4th. Find it at better bars and liquor stores throughout the area.

For more information on Cape May Brewing Company — including for tastings and tours — call (609) 849-9933 or see their website at capemaybrewery.com.