(Cape May, NJ) — Cape May Brewing Company is pleased to announce a new, year-round addition to their line of core brands. Cape May White, a Belgian-style wheat ale brewed with coriander and orange peel, is currently available on draft and will be available in 12-ounce cans throughout New Jersey, Eastern Pennsylvania, and Delaware later this month. 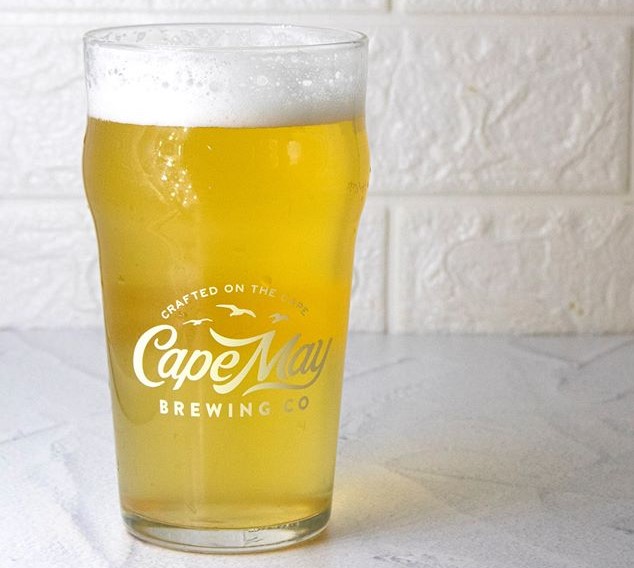 “We’re extraordinarily excited about our newest core brand,” says Cape May Brewing Company CEO and co-founder, Ryan Krill. “Keeping true to our commitment to variety and innovation, we wanted to bring something new and alluring to the market that will appeal to discriminating fans of Belgian-style beers. We’re happy to present Cape May White: a refreshing alternative in this category.”

“We found ourselves with a gap in our core offerings and wanted to fill it with something exciting and new,” says Director of Sales, Bill Zaninelli. “Our sales team had been requesting a true witbier for years, and, as Great Wit Shark had been well-received on draft, this seemed like the perfect chance to scale up a trusted brand and fill a need in the market.”

Keeping with the styling of Great Wit Shark, the branding for Cape May White is firmly rooted in shark imagery, with shark’s teeth lining the border of the can and a shark’s jaw comprising the primary visual concept.

“As a shore brewery, we incorporate coastal iconography into much of our branding,” says Director of Marketing, Alicia Grasso, “and shark sightings can bring a sense of excitement to a typical summer season. While Cape May White is extraordinarily approachable, we feel that this beer will bring some much-needed excitement to a category that has seen little change over the years.”

Designed as a traditional witbier, Cape May Brewing Company employed a predominantly wheat grain bill, a robust Belgian yeast, and added coriander and orange peel to the boil.

“It’s incredibly well-balanced,” says Cape May Brewing Company Innovation Director, Brian Hink. “Zesty, refreshing, and crisp, Cape May White has excellent citrus notes, a fruity and intriguing yeast profile, and a light mouthfeel without feeling thin or watery. It’s refreshing and quaffable with a ton of underlying characteristics that are fun and inviting.”

Cape May White is currently available on draft in New Jersey and Eastern Pennsylvania and will be available in Delaware as part of Cape May Brewing Company’s expansion into the state. 12-ounce cans will hit the shelves at the end of this month.

For more information on Cape May Brewing Company, including for tours and tastings, see www.capemaybrewery.com or call (609) 849-9933.

CMBC started in 2011, with three guys making one beer in a 1,500 square-foot space. Now, they’ve got over 32,000 square feet of space at the Cape May Airport and several hundred flagship, seasonal, and small-batch brews under their umbrella, distributed throughout all of New Jersey and Eastern Pennsylvania. Their original space is now dedicated to experimental brewing and their award-winning Tasting Room, with a separate, industrial brewing facility across the street. For more information, see Cape May Brewing Company’s website at www.capemaybrewery.com or call (609) 849-9933.