(Cape May, NJ)  – Cape May Brewing Company and Origlio Beverage-Reading are pleased to announce CMBC’s expansion into four counties in Pennsylvania: Lancaster, Berks, Lehigh, and Northampton. 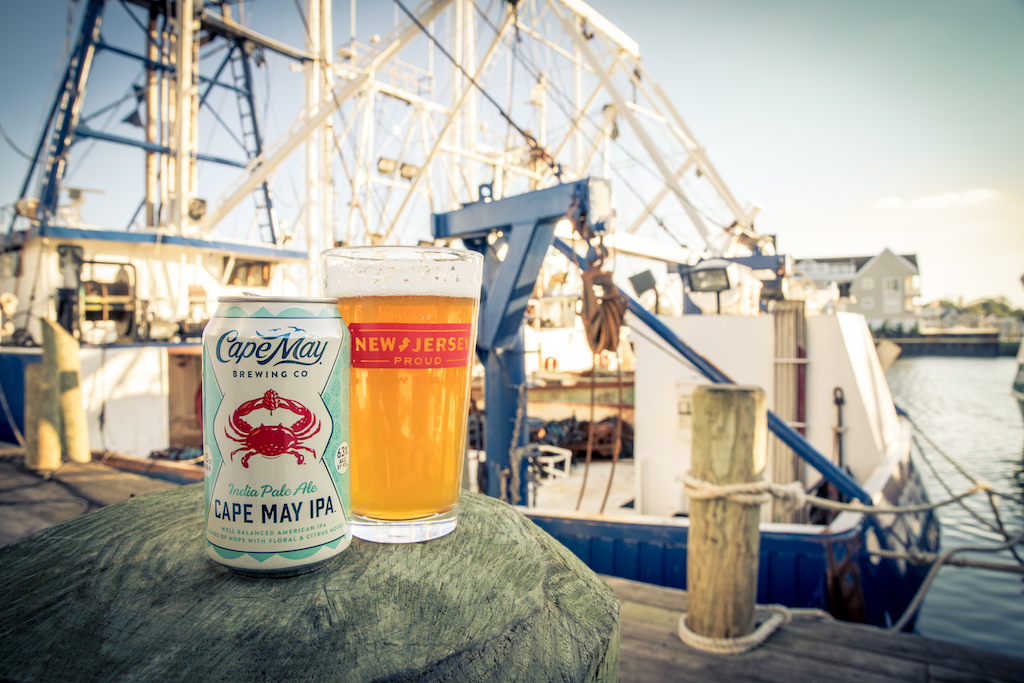 “We’re thrilled to reach our fans in the Lehigh Valley and points south,” says Cape May Brewing Company CEO and co-founder Ryan Krill. “We’ve had a great relationship with Origlio Beverage in Philadelphia — they’ve done a fantastic job in helping us to expand throughout the city and the surrounding areas. Now, we’re ready to move points west — into an area that’s been clamoring for our beer.

“It’s an exciting time for us, and we can’t wait to bring the beer our fans have come to love on their trips down to the Jersey Shore to their homes in Pennsylvania.”

Origlio Beverage-Reading recognizes that the area is particularly ideal for Cape May Brewing Company.

“We’ve seen tremendous growth for Cape May across the Philadelphia five-county market,” says Christian Origlio, Executive Vice President at Origlio, “As summer gets into full gear, the timing couldn’t be better to expand Cape May throughout our entire footprint.”

CMBC Director of Sales Bill Zaninelli sees this as a logical next step in Cape May Brewing Company’s expansion.

“The area has had an influx of folks from the five counties that are looking for housing in a country setting while staying in an area where they’re still able to commute to their jobs in the city,” he says. “Origlio asked and we were glad to oblige based on their belief in our brands and commitment to helping us grow in Pennsylvania.”

Erin Gale, Cape May Brewing Company’s Regional Sales Manager in the Pennsylvania, will be overseeing the area. She reports that the area has been looking forward to Cape May’s expansion there.

“I’ve received countless calls throughout the past two years or so from folks in Lancaster County, Berks County, and in the Lehigh Valley about getting Cape May beer,” she says, “and I am excited to finally tell them, ‘yes, we have it!’ Like the Philadelphia area counties, a lot of people here grew up going to the shore, so I think Cape May is going to resonate there.”

Both Zaninelli and Gale have noticed an increase in the craft-friendliness of the area. They say that downtown Lancaster, in particular, has seen a resurgence in the past few years, and Cape May Brewing Company is looking forward to becoming a driving force in the area.

“There are a lot of awesome restaurants and a great beer and music scene,” Gale says. “The same is true with Bethlehem. I’ve been lucky enough to visit both areas and have had a great time. I trust that they’ll be very receptive to Cape May beer.”

Cape May Brewing Company has been distributed in Pennsylvania by Origlio Beverage for four years, forging a tremendously synergistic relationship, benefiting both Origlio and CMBC.

“Cape May has been one of our fastest growing suppliers,” says Origlio. “Ryan, Chris, and the team have crafted a compelling brand and brewed an impressive lineup of beers that have struck a chord with consumers and retailers across the Delaware Valley.”

“As our company grows, this expansion into the Lehigh Valley and Lancaster areas is a natural progression of our goals as a brewery,” says Krill. “We’ve got a great team in Cape May, ready to tackle any challenges thrown at them, and we could not have achieved this next step in our development without them.”

Residents of Northampton, Lehigh, Berks, and Lancaster Counties will begin to see Cape May IPA, Coastal Evacuation Double IPA, Always Ready Northeast Pale Ale, The Bog Cranberry Shandy, and Cape May Lager on the shelves of their local grocery outlets, beer distributors, bars, restaurants, and bottle shops within the next few weeks. See Cape May Brewing Company’s Beer Finder for a location near you.