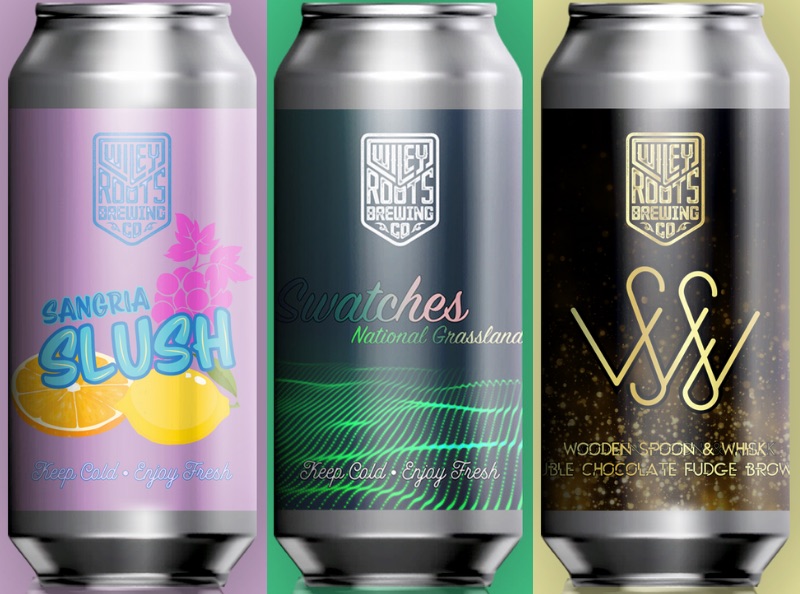 We are back with the latest edition of Can Release Daily. Every day, around the world, small breweries are offering some of the freshest, most innovative beers right out of their tasting rooms. With so many breweries releasing so many brightly labeled beers, it’s hard to keep track of it all. Because we love centralized info, we decided to bring you the latest releases in this post. Check out can releases from Alvarado St. Brewery, HOMES Brewery, LA Ale Works, Other Half, Wiley Roots, Trillium Brewing, Evil Genius Beer, Ingenious Beer, The Veil, Commonwealth Brewing and Eagle Park Brewing.

Introducing Soft Tones! In this beer we’ve focused on extracting high levels of geraniol & linalool, monoterpenes present in the natural oils of hops which contribute much of the aroma and flavor we all crave in IPA. We’ve employed a hybrid ale / lager strain to assist with biotransformation of said monoterpenes into other types for added aroma and complexity. We’re picking up intense floral notes of geranium & jasmine in this beer, along with grapefruit, pomelo and passionfruit. Dry hopped according to oil profile with both cryo & pellet forms of Simcoe, Ekuanot & Loral. Dropping Wednesday for $20 / 4-pack, one case limit. ☁️🌤☁️🍡

CAN RELEASE THIS WEEK: ▪️◼️🍑 METAFORM (peach) (6.25%) SOUR IPA – brewed with milk sugar, DDH mosaic & citra, blended with peaches, aged on vanilla beans, $18/4pk (4-4pk limit) ➖ MEMBERS: may purchase cans at the brewpub anytime during regular business hours this TUESDAY (7/16) through THURSDAY (7/18) ➖ PUBLIC RELEASE: THIS FRIDAY (7/19) at 11A – limits subject to change ➖ We still have our end of month can release coming, so keep your eyes peeled for that 👀 THANKS Y’ALL 🙌

Red Beard (IPA, 7.5%) in cans and on draft Friday July 19th. @c2ctees is doing a limited run of shirts (S-XXXL) that will be available in our tasting room. . Need a cure for your case of the Monday’s? 23 beers on tap + Dodgers vs Phillies + @thagrubplug = one more day of weekend fun! Keep an eye on our stories for all of the happenings this week. . . . #redbeard #westcoastipa #frenchhops #alsace #barberouge #friday #caseofthemondays #food #beer #baseball #isthecure #labeer #labrewers #independentbeer #hawthorne

@adventures.and.ales is giving us serious TUNNEL VISION for the weekend and it’s only Monday. So we’re bringing back your favorite focus-sharpening IPA on draft & in cans Friday at noon to inspire that weekday work ethic. Get after it, friends! #cultivateworkingfortheweekend // 📷 : @adventures.and.ales

Double Dry Hopped A Street and Georges Island, two old friends that we haven’t seen in a while return to the canning line today. Available today at @trilliumcanton, DDH A Street will be available tomorrow morning at @trilliumfortpt.

On Wednesday July 17th we will be releasing 6 beers in 16oz, 4-pack cans all inspired by what we like to call “The Summer of Tropics”. Following the release we will be hosting a big Tiki Party & Pig Roast on Saturday the 20th. Get more info on our Facebook page. The fifth beer we are releasing is “I’m on a Float” a session IPA clocking in at 5%. This highly drinkable IPA was double dry hopped with Citra, Lemon Drop, and Cascade hops. Fresh pine and lemon citrus notes compliment a dry crisp finish. Perfect for the the pool days or floating down the river with your friends. Cheers! #float #pool #summer #poolbeer #can #canrelease #ingenious #ingeniousbrewingco #beer #craftbeer #welovebeer #hoppyhour #houston #tx #food #taproom #brewery