(Brooklyn, NY) – Each year, a new Brooklyn Defender emerges to carry the banner of great beer and watch over drinkers everywhere. Both a bold new beer and a righteous hero, our past projects have included iconic artists, mysterious experimental hops, and plenty of parties, including serving as the official beer of New York Comic Con. 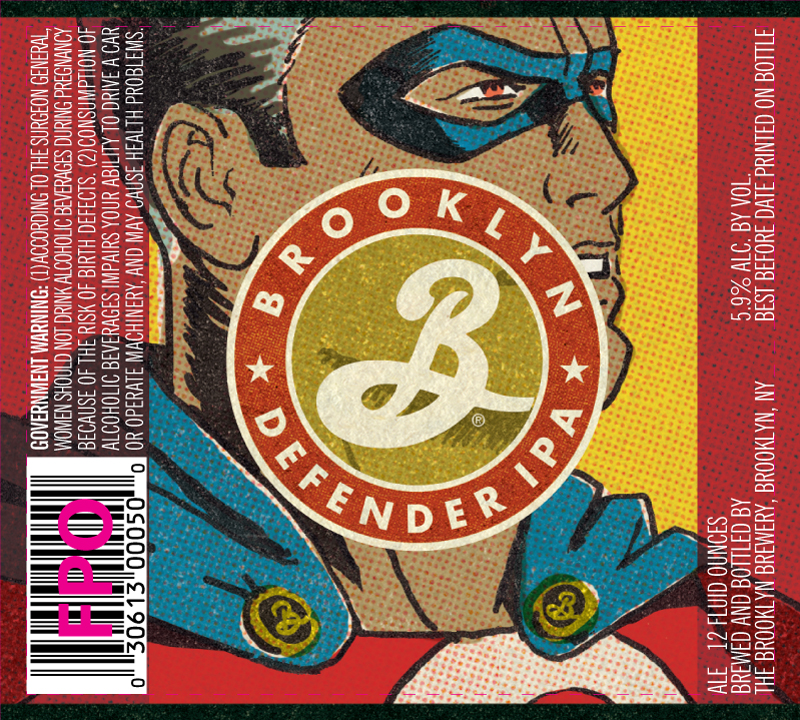 Now, our sixth Defender is ready to be unveiled. This year’s Brooklyn Defender IPA is a heroically hopped golden IPA. Our hero springs from the Jack Kirby era of comics, with a striking profile, the astonishing ability to leap tall buildings with an armload of kegs, and a trusty beer can utility belt. Defender IPA is already on its way to taps, shelves, and refrigerators all over the world. Plus, it will be available at all concessions at New York Comic Con, no capes required.

Brooklyn Defender IPA is forged in collaboration with our sidekicks at New York Comic Con as the official beer of the convention. Find it here and learn more about the beer on our Beers page.