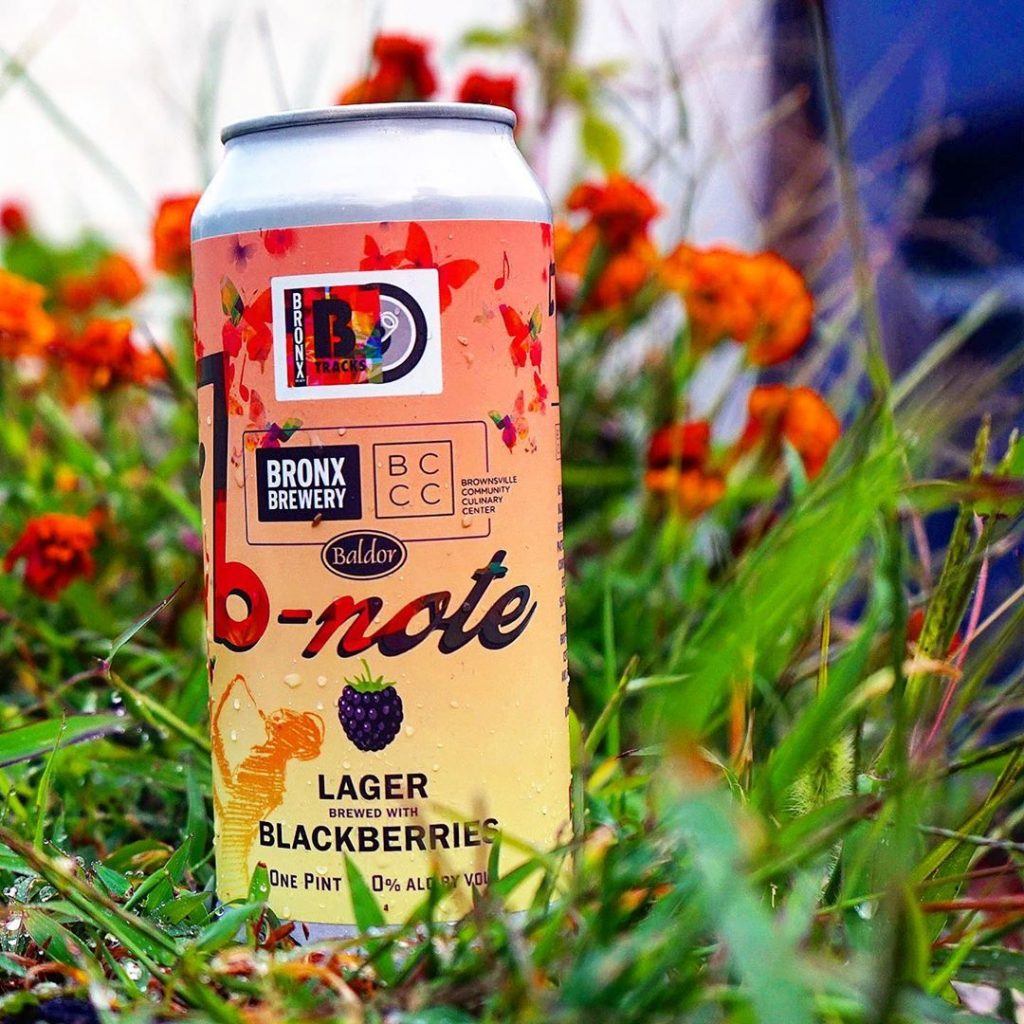 Made with two doses of blackberries, B-Note is an easy-drinking, late-summer amber lager with a twist. Opening with caramel and nutty sweetness, the initial wave gives way to a dry, grassy and slightly spicy finish, rounded off by some mild berry hoppiness. The two blackberry additions – one in fermentation, one in conditioning – bring out a subtle tartness and depth without being too fruit-forward. B-Note is now available in The Bronx Brewery Taproom and in select stores where Bronx Brewery beers are sold.

A portion of every case of B-Note sold will benefit The Brownsville Community Culinary Center supporting The BCCC’s free culinary training and job placement programs as well as the mission of The BCCC’s student run café to provide healthy, delicious affordable food to the community.

“Since the inception of the B-Tracks series, we talked about ways to better the community through our unique partnership,” said Lars Dahlhaus, beer specialist at Baldor Specialty Foods. “We’re proud to announce that our latest release benefits a cause that we can all get behind, providing nutritious food – as well as education through food – at The Brownsville Community Culinary Center.”

“Beer’s about community,” said Damian Brown, president of The Bronx Brewery. “It’s in our DNA to create beers that are as unique as they are approachable. In this case, we wanted to create an end-of-the-summer beer with some extra character – something we could all enjoy for a great cause.”

As with all B-Tracks, B-Note will be available at the Bronx Brewery Taproom located at 856 136th Street in the South Bronx. The tasting room is open 7-days a week.

About Baldor Specialty Foods
Baldor Specialty Foods is one of the largest importers and distributors of fresh produce, specialty foods and beverages in the Northeast and Mid-Atlantic regions. Beginning as Balducci’s fruit stand in Greenwich Village in 1946, Baldor maintains its original promise – curate and deliver the best and freshest foods in the world. Baldor seeks to provide great specialty foods and logistics that give their customers an edge. To learn more, go to www.baldorfood.com.

About The Bronx Brewery
Founded in 2011, The Bronx Brewery is a craft brewery based in New York City’s South Bronx neighborhood. The Bronx Brewery team prides themselves on producing what they call “No-Nonsense Ales” – assertive but approachable, innovative but true-to-style beers. Visit www.thebronxbrewery.com or @TheBronxBrewery on social to learn more, or visit their taproom at the brewery at 856 East 136th Street, Bronx, NY 10454.