BrewDog Expands To The US With Help From Anchor Brewing

(San Francisco, CA) – Today, Anchor Brewing Company and BrewDog PLC announce future plans for BrewDog in the U.S. As BrewDog commences plans to build a brewery in Ohio, Anchor will continue to import and sell BrewDog to its wholesaler partners with an eventual distribution management transition to BrewDog’s forthcoming operations. 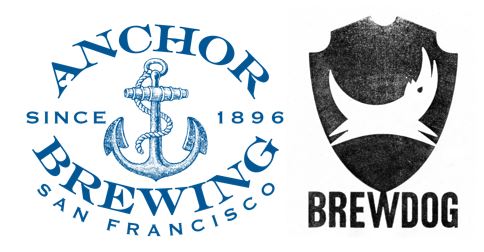 “Working with BrewDog since 2010 has been a tremendous experience,” stated Keith Greggor, CEO and Co-Owner of Anchor Brewing and Director of BrewDog PLC., “Throughout it has always been envisaged that the optimal arrangement was for BrewDog to be brewed in the U.S. Also, that in managing its own brewery, it would be best to manage distribution, too.”

“Anchor has helped us appreciate the complexity of the U.S. beer market. We are now set to transition from being an import to a domestically produced beer,” stated James Watt, Co-Founder and Captain of BrewDog PLC. “Our U.S .TV show ‘BrewDogs’ has generated a great deal of interest in our beers. In inheriting a national distribution footprint from Anchor, we will be in a unique position to serve those fans easily and quickly with our new Ohio brewing facility.”

Until BrewDog completes its brewery, likely late 2016, Anchor will continue to serve as their importer. As the brewery production schedule is formalized, transition arrangements will be agreed on a wholesaler by wholesaler basis.

About Anchor Brewing Company
Anchor Brewing Company’s roots date back to the California Gold Rush making it one of America’s oldest breweries. Its Anchor Steam® Beer is San Francisco’s original since 1896. In 1965, Fritz Maytag acquired and revived the struggling brewery at a time when mass production of beer dominated and seemed unstoppable. Maytag started a revolution in beer that originated today’s craft beer movement. An undisputed icon, Anchor is America’s first craft brewery where beers are handmade in our traditional copper brewhouse from an all-malt mash. At Anchor, we practice the time-honored art of classical brewing, employing state-of-the-art methods to ensure that our beers are always pure and fresh. We know of no brewery in the world that matches our efforts to combine traditional, natural brewing with such carefully applied, modern methods of sanitation, finishing, packaging and transporting.

About BrewDog
We were bored of the industrially brewed lagers and stuffy ales that dominate the UK market. We decided the best way to fix this undesirable predicament was to brew our own beers. Consequently in April 2007 BrewDog was born. Both only 24 at the time, we leased a building, got some scary bank loans, spent all our money on stainless steel and started making some hardcore beers.