(Comstock Park, MI) — Brew Export recently announced it will be shipping over 100 different midwest beer products to be served at BrewDog Bars throughout the United Kingdom. 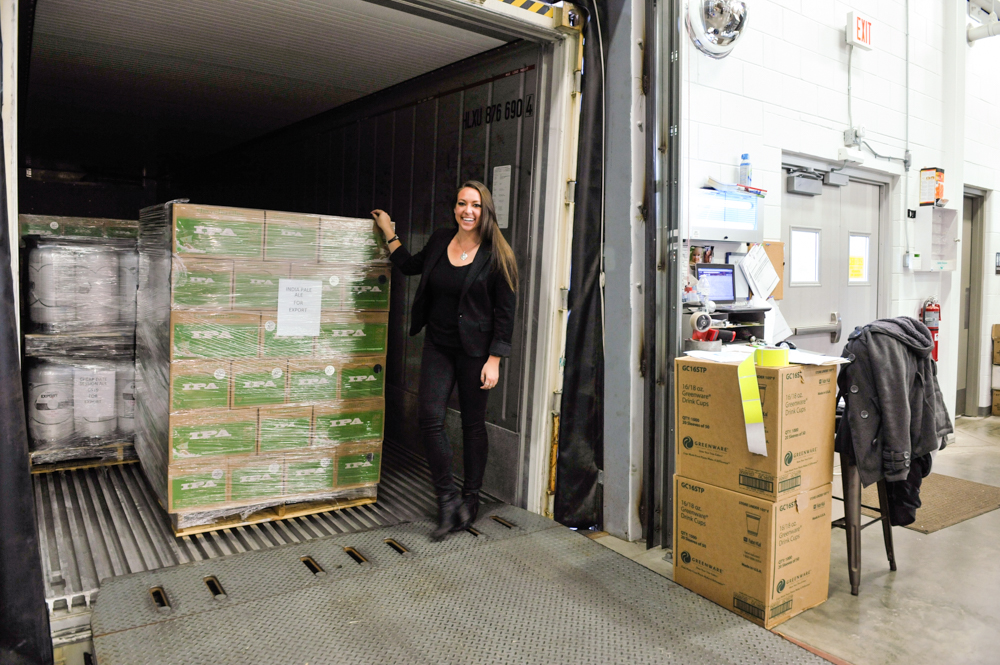 BrewDog is the United Kingdom’s largest independent craft brewery based in Ellon, Scotland. The brewer also operates an estate of bars with 50 craft beer venues around the world, all of which are dedicated to the exploration of craft beer.

Now, with the help of Brew Export, visitors to some of those bars can get a taste of the midwest.

Shannon LongExporting such a diverse selection of craft beer from an inland location is a challenge. Many craft breweries choose not to do it because of the cost and time-intensive nature of the process. The premise of Brew Export, founded in 2015 by Shannon Long, is to facilitate those complex shipments.

“We manage the international sales for a variety of breweries across the United States so they can focus on making excellent beers; Brew Export handles everything else,” Long said.

In the process, Brew Export is able to provide importers overseas with the variety they’re thirsty for.

“What international buyers like BrewDog are looking for is variety,” Long said. That means many unique products from multiple businesses–in layman’s terms: a lot of paperwork.

“Not many people are willing to put in the effort to give smaller breweries a chance to ship internationally,” Long said. “Brew Export is doing it, and we’re doing it more often.”

“We are excited to have so many fresh midwest products coming to BrewDog bars,” said Dan Muldoon, head of range and planning at BrewDog. “This was only made possible by working with Brew Export.”

Among the breweries included is Dark Horse Brewing Company in Marshall, Michigan, which has been working with Brew Export since its early days as a business. The brewery will be sending four pallets of its beer in the shipment.

“We love working with Brew Export, because Shannon and Brew Export simplify exportation for us,” said Aaron Morse, owner and CEO of Dark Horse Brewing Company.

Brew Export currently works with nearly 40 breweries across the United States to export their beers overseas. The company intends to consolidate shipments of similar complexity with more regularity in 2018.

“This is something we can offer to importers around the world,” Long said.

More than half of the breweries Brew Export currently exports are located in the Midwest, Long said. This isn’t a coincidence.

“The Midwest is often overlooked when it comes to shipping, because it isn’t on a coast,” Long said. That means additional costs and paperwork for inland shipping to get shipments on a boat and then overseas.

“I would say the Midwest has been significantly underrepresented in the international market,” Long said. “One of the goals of Brew Export is to change that, and not only represent it, but represent it as the best beer in the world.”

Brew Export provides expert navigation of compliance, logistics, and international marketing for the export and import of American craft beers. It is their mission to establish the United States as the preeminent source for exceptional craft beer throughout the world.