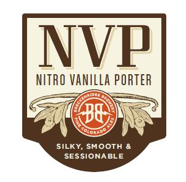 “This beer will broaden the reach of Vanilla Porter,” says Todd Usry, Brewmaster and General Manager of Breckenridge Brewery. “Nitro beers offer a different palate experience that we think will intrigue current Vanilla Porter enthusiasts while bringing others to enjoy our recipe.”

This new nitro draft offering will not replace the classic CO2 version. “Vanilla Porter has had a cultish following since it first started pouring at our mountain brewery in Breckenridge, Colorado,” says George O’Neill, Sales Director for the brewery. “We wouldn’t dare replace it. NVP presents a distinctly soft, smooth mouthfeel; it’s a highly drinkable dark beer.”

Testing in various markets produced extremely favorable results and created immediate demand for NVP. The brewery is conducting a phased release to avoid out of stocks.  Initial distribution is to Colorado, California, Illinois, Ohio, New York, Pennsylvania, Maryland, Virginia, Florida, and Texas. Next quarter the brewery will include additional states.

Nitro-infused beers are not new to the Breckenridge Brewery portfolio. For years, locals to Colorado have enjoyed Thunder Stout (nitrogenated Oatmeal Stout) in select locations. With its significant investment in R&D and new equipment, the brewery will continue to roll out more nitro beer options.

Breckenridge Brewery was founded in 1990 in Breckenridge, Colorado. In the past two decades Breckenridge Brewery has grown from a small 3,000-barrels-a-year brewpub to one of the most successful craft beer and restaurant companies in the nation. It now handcrafts more than 52,000 barrels of fresh beer annually and owns and operates five brewpubs and ale houses in the state of Colorado. For more information visit www.breckbrew.com.