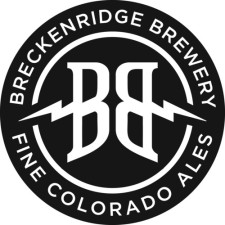 Denver, CO – Breckenridge Brewery of Colorado announces the debut of a new collaboration beer this Friday, March 22nd, in select Virginia locations. The coming together of WORK Labs, Champion Brewing, and Breckenridge Brewery was deliberate and rewarding. The end result is WORK Collaboration Brew, a refreshing, medium-bodied Dunkel Weiss with classic Bavarian characteristics and aromas of peach and tropical fruit.

The original WORK Beer dates back to 1999, when nationally recognized WORK Labs branding agency created the concept and partnered with Main Street Brewing in Richmond, VA, to produce it. The beer invited the thirsty masses of Richmond to reward themselves “for a job well done.” After a more than a decade, WORK Beer is back with the WORK Collaboration Brew.

WORK Labs prompted brewers Todd Usry (Breckenridge Brewery) and Hunter Smith (Champion Brewing Company) to put their heads together to craft a beautifully full-flavored Dunkel Weiss brewed with Galaxy Hops. “Todd mentioned that he wanted to produce a Dunkel Weiss – a dark-colored German wheat ale – that used feature hops, but had never had an opportunity. I thought that sounded cool, and we started bouncing off ideas and percentages of ingredients,” said Smith.

Usry adds, “The whole planning process was exciting and mutually creative. The best part for me was the chance to fly back to my home state of Virginia to brew in Charlottesville with Hunter. I just wish I could get back there now to taste our beer!”

Todd and Hunter brewed the beer in early February at Champion Brewery in Charlottesville, VA. A small batch of 10 kegs was produced, and will be available at select establishments in Richmond and Charlottesville starting on March 22nd. The launch party for the WORK Beer Collaboration Brew will be at Gallery 5 in Richmond, VA from 6:00-8:00 on Friday, March 22. It will be available on draft at: Gallery 5, Joe’s Inn, Comfort, Commercial Taphouse, Sedona Taphouse, Whole Foods (Short Pump), Beer Run, and of course the Champion Taproom.