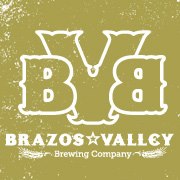 “Some folks like hops and others prefer malt. In 2014 we will cover all bases: in addition to our initial offerings a stout, IPA and several flavorful seasonals are in the works,” said Richard Bonds, Sales Manager Brazos Valley Brewing. “Silt Brown Ale has become my everyday beer; I can’t get enough of it.”

Brazos Valley Golden Ale is crisp and refreshing with a Vienna malt flavor and a subtle hop character. This straw-colored ale has the perfect balance of Crystal hops and Vienna malt. At 22 IBUs and 5.3% ABV this is a sessionable offering that keeps you coming back for more.

Paying homage to the Mighty Brazos River, Silt Brown Ale is the color of the river that runs the length of the Brazos Valley. A malty body mixed with a hint of chocolate, slight caramel notes, and hop flavor as bold as the river it is named after. Our Silt Brown Ale settles in at 28 IBUs and 6.2% ABV and retains its smoothness and drinkability.

Founded in 2013, Brazos Valley Brewing Company is a Microbrewery located in historic downtown Brenham, TX. Brothers Josh and Jeremy along with longtime friends Nelson, Todd and Richard create this five man team of craft brewing enthusiasts. With our 20 BBL brew house and our passion for brewing bold and tasteful beer, we make a variety of high quality craft beers for the people of Texas. We look forward to raising a pint with you in our beer garden at the brewery; also look for us on tap at your local craft beer bar. Samples are available upon request.