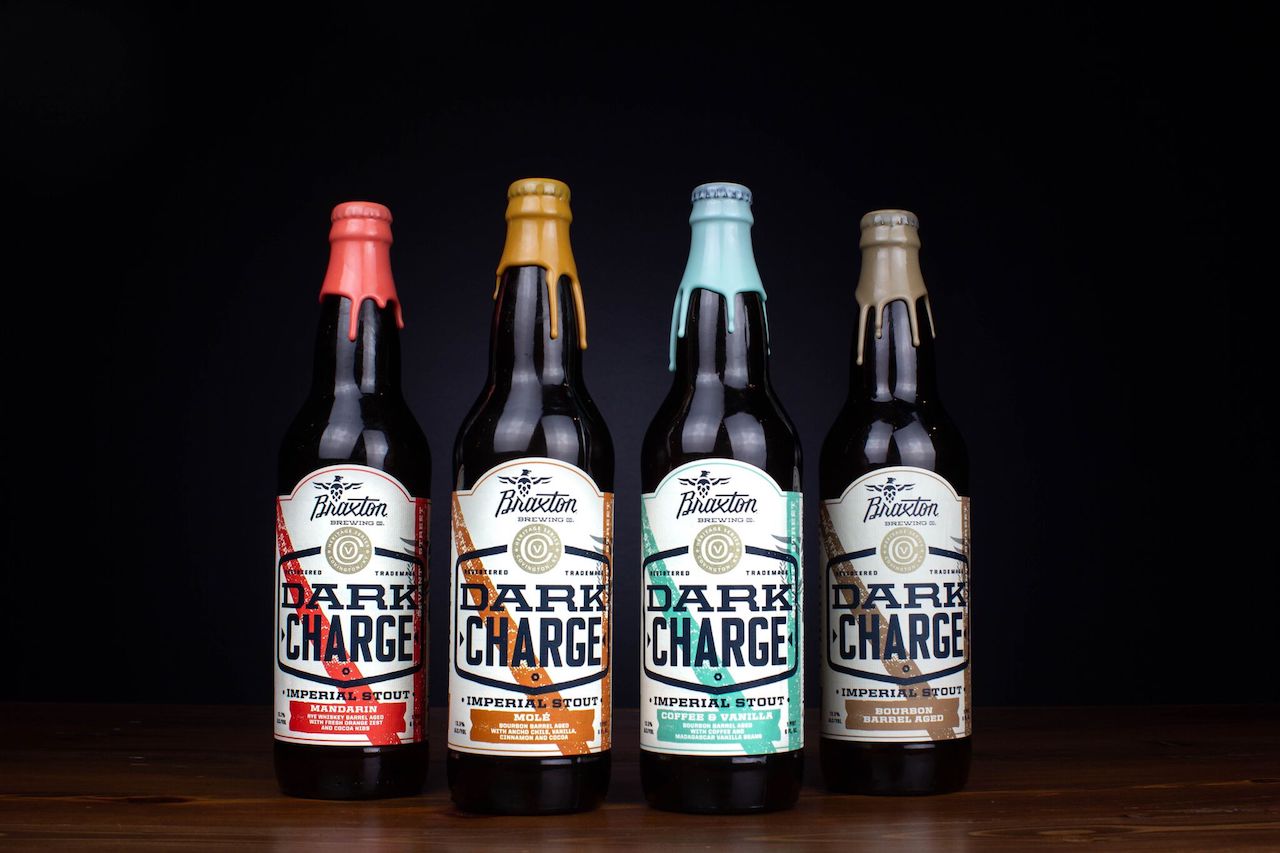 Dark Charge Day, during which craft brew enthusiasts celebrate the special release with a Winter Block Party, brings together Music, food and beer for a truly unique event that ultimately invigorates the local community and beyond.  Also available that day will be more than 20 exceptional Guest Taps from fellow breweries.

Dark Charge itself is aged in barrels that give the brew a lasting depth and character to the finish. Six total variants of the beer will be released, five of which have been teased prior to Dark Charge Day. They include:

Visit the Braxton Brewing Co. Taproom on Saturday, December 1st from 11am-1am for all the festivities.

Got to http://www.braxtonbrewing. com/ for more!