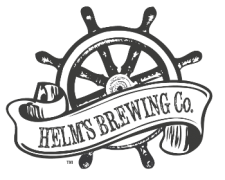 This is the latest move in the growing expansion and popularity of Helm’s Brewing Company in San Diego. “Bottles will help us make that next leap for our customers and fans to get their hands on Helm’s products,” said Matt Johnson, General Manager at Helm’s Brewing Company. “We have always prided ourselves on being very customer centric and this is something our customers have been asking about for a long time.”

Helm’s Brewing Company plans to expand their bottle selection as early as the beginning of 2014 with “Beeruccino”, “Batten Down Brown”, and Seasonal offerings.