(Kansas City, MO) – Boulevard Brewing Company today announced that several of its most popular Smokestack Series beers are moving from four-packs to six-packs. Favorites such as Tank 7 Farmhouse Ale, The Calling IPA, The Sixth Glass and Dark Truth Stout will all be making the switch in the coming weeks. This transition is expected to both increase distribution and reduce cost. 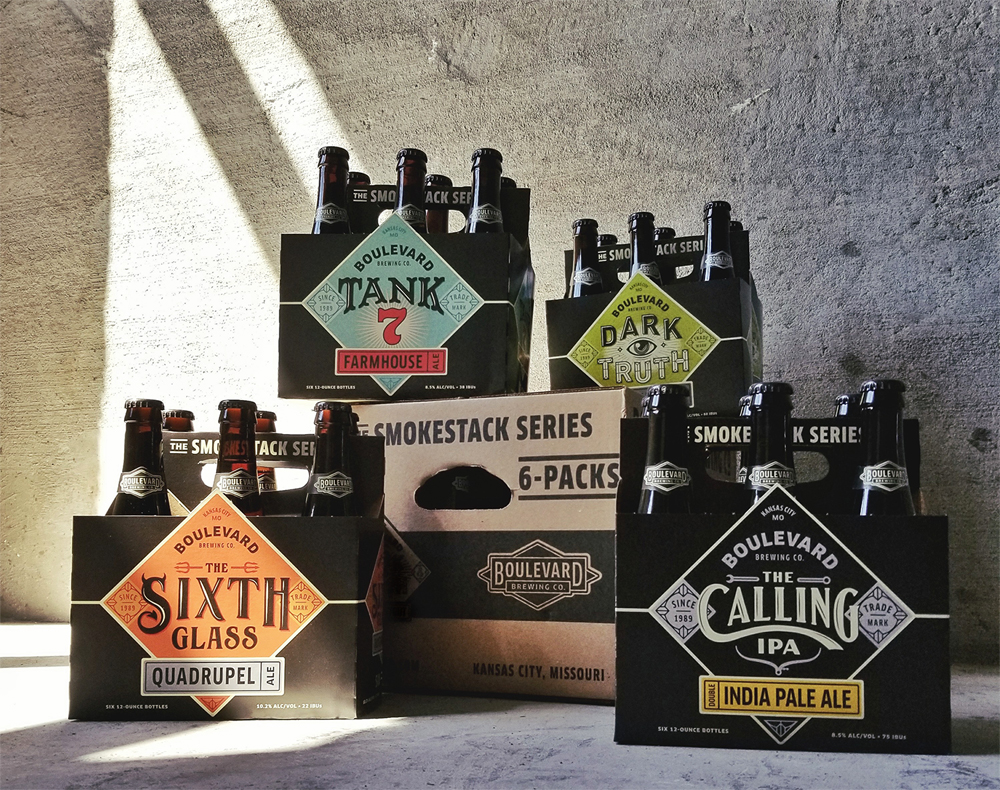 “We tested the idea in a few markets and confirmed our suspicion that consumers enjoy getting two more bottles of their favorite Smokestack beers for what ends up being a lower price per bottle,” said Bobby Dykstra, Boulevard’s vice president of sales. “It makes sense for our retail partners as well, aligning our portfolio from both pricing and space management perspectives.”

The company anticipates that Smokestack Series six-packs will generally carry the same retail price as four-packs of its year-round barrel-aged beers, Bourbon Barrel Quad and Whiskey Barrel Stout. Boulevard will continue to offer a variety of limited release beers in four-packs and individual 750ml bottles.