(Kansas City, MO) – Almost 30 years ago, Boulevard founder John McDonald began sharing kegs of beer with the local arts community at Friday gallery openings, drawing people into the urban core in the spirit of exploration. These celebrations of creativity sprouted spontaneously throughout the country to become First Fridays, a convergence of arts, culture and activism that continues to excite and inspire. 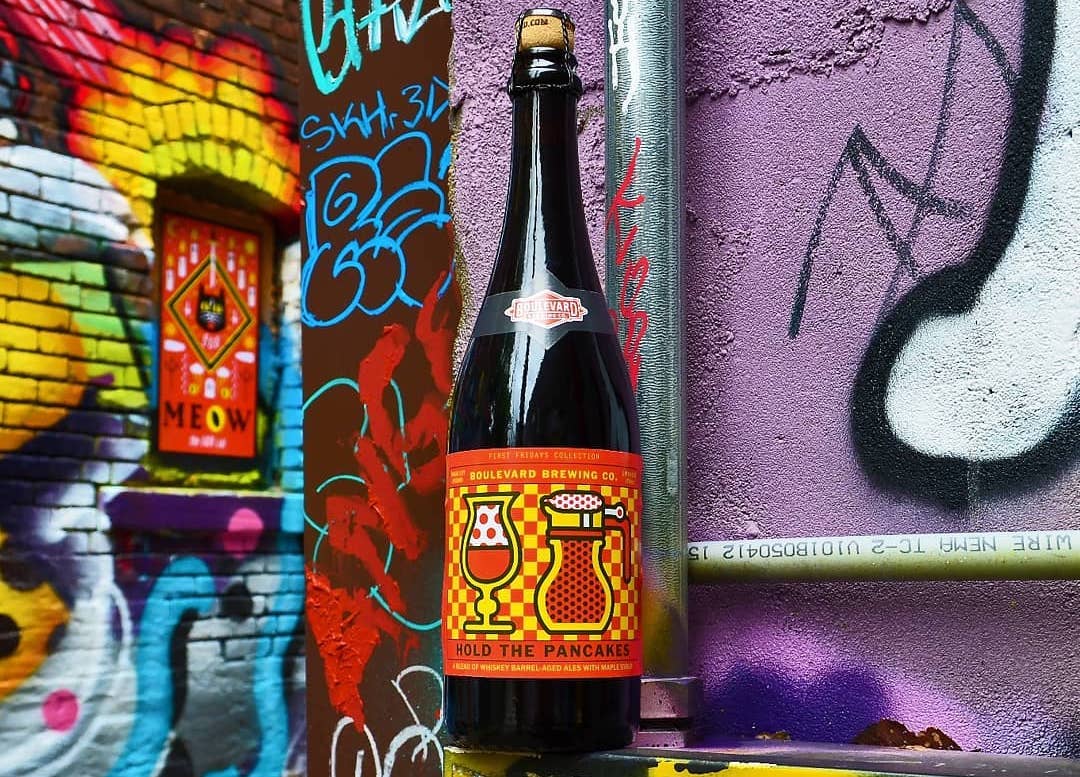 Today, Boulevard Brewing is pleased to announce the First Fridays Collection, a series of exceptional beers at the intersection of experimental art and established science, a curation of cutting edge, artisanal, barrel-fermented and wood-aged ales. The beers commemorate the company’s history and look to its future.

The inaugural release – 18 months in the making – is a boozy behemoth of a beer, showcasing the barrel shepherding and blending skills of our brilliant brewers.  Hold the Pancakes, the first beer of this series, contains multiple vintages of imperial brown ales and imperial stouts. Aged from 15 to 24 months in bourbon, rye and maple syrup-filled whiskey casks.  “First Fridays offerings are rooted in tradition, but reveal a definite wild streak, an innovative and independent spirit,” said Brewmaster Steven Pauwels. “These beers will be limited only by our imagination.”

Boulevard is taking a new and different approach to labels for the limited-edition beers, creating a vehicle for artistic expression. “This collection is a tribute to the resourceful culture within the brewery and the arts community,” said Frank Norton, graphic designer.  “This first release is pretty fun and eccentric, so we wanted to create a label that’s equally vibrant and off-beat.  We plan to enlist local and regional artists to collaborate on future offerings.”

Hold the Pancakes will be available on draft and in 750 ml bottles in better beer bars and bottle shops throughout Boulevard’s 41-state territory beginning in May 2019.

Boulevard Brewing Company is the largest specialty brewer in the Midwest, dedicated to the craft of producing fresh, flavorful beers using traditional ingredients and the best of both old and new brewing techniques.  Today, Boulevard beers are available in 41 states and 11 countries, widely known for their full flavor, exceptional balance and superior quality. For more information, visit boulevard.com or follow us on facebook.com/Boulevard, twitter.com/Boulevard_Beer and instagram.com/Boulevard_Beer.