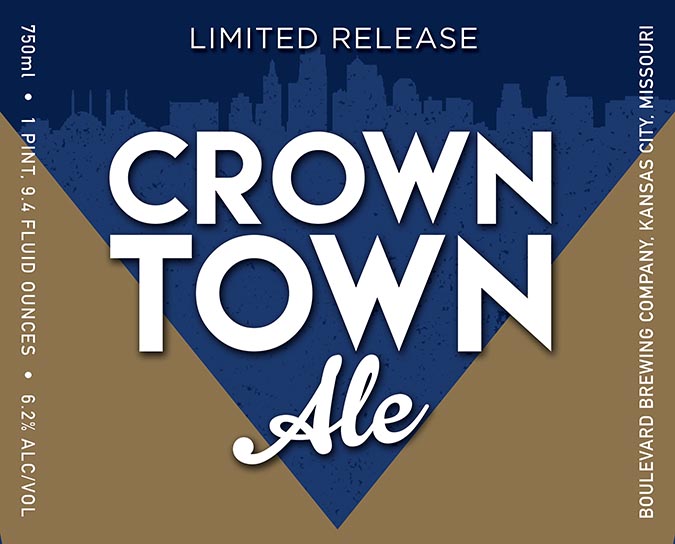 Crown Town Ale, stylistically, is a Golden Ale featuring pale, Munich and honey malts balanced by a subtle bitterness imparted by Magnum hops. To complement a crisp, citrusy hop aroma provided by Lemondrop, Saphir, and Northern Brewer hops, we added dried orange peel to the wort right at the end of the boil during the brewing process. Fermentation was carried out by our house ale strain, used in perennial favorites Unfiltered Wheat Beer and Pale Ale, to create light, fruity esters. At 6.2 ABV and 25 IBUs, Crown Town Ale was brewed to be a refreshing beer worthy of everyday drinking, but special enough to celebrate our World Champions. Delicate in nature, Crown Town Ale is not meant to be cellared or stored for extended periods of time. Please enjoy this celebratory beer with good company while it’s fresh.

Adding a special beer to an already full production schedule can prove to be quite a challenge. Our brewing schedule is set several weeks in advance in order to meet demand for our year round and seasonal beers that are scheduled for production before the year begins. We knew that this was an opportunity to brew a very special beer and once again found a way to wedge Crown Town Ale into our schedule.

Because we anticipate higher demand for Crown Town Ale than in 2014, we’ve increased the production volume and are currently targeting a release date in mid-December. At that time, Crown Town Ale will be made available in 750 ml bottles and 1/6 bbl kegs. Folks living in the following areas should expect to see Crown Town Ale on shelves near them:

We can’t stress enough that Crown Town Ale is a beer that’s meant to be consumed fresh and enjoyed with friends. Please do not purchase more bottles than you can drink in a reasonable amount of time so that as many people as possible have the opportunity to share this celebratory beer.

About Boulevard Brewing Company
Boulevard Brewing Company has grown to become one of the reputable specialty brewers in the Midwest, dedicated to the craft of producing fresh, flavorful beers using traditional ingredients and the best of both old and new brewing techniques. In 2014, Boulevard became part of the world-renowned Duvel Moortgat family of breweries. For more information, visit www.boulevard.com, boulevard.com/facebook, or follow us on Twitter at boulevard.com/twitter.