(Kansas City, MO) – Boulevard Brewing Company today announced that American Kolsch, a new year ‘round beer, will soon hit taps and shelves throughout the brewery’s 37-state region. Inspired by the traditional German ale from the city of Cologne (or Köln), Boulevard created a crisp, refreshing golden ale, perfect for everyday drinking. The beer will be available on draft and in six-packs of 12-ounce cans. 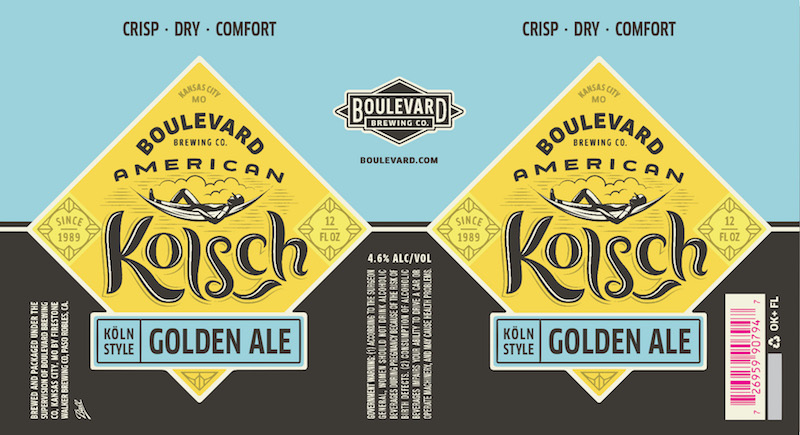 Boulevard’s brewers built the beer on a foundation of European pilsner malt and malted wheat. Pouring golden in color, the aroma of bready malt is punctuated by subtle notes of spice and mint from Saaz and Saphir hops. With a light to medium mouthfeel, American Kolsch delivers a honeyed malt sweetness that gives way to a crisp, clean finish and a touch of lingering hop flavor.