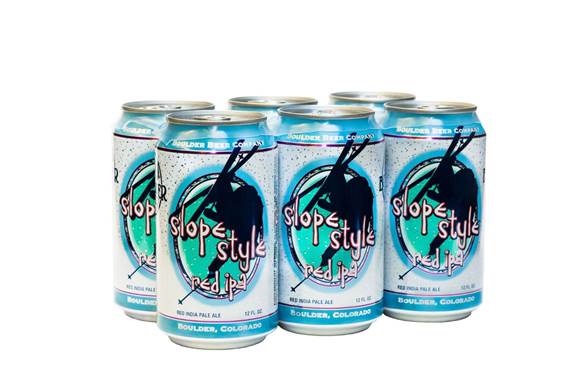 The brewery initially launched Slope Style in 12 oz. bottles and draft in 2014, dubbing it a Winter IPA. Feeling that a can was the better vessel for this particular beer, the brewery decided to change it up this season and release it in six pack cans. They also changed the style descriptor from Winter IPA to Red IPA, as a better description of what’s inside. At 6.4% ABV and 60 IBUs, with a blend of five malts and a generous amount of Horizon hops, Slope Style is a hearty, cool weather Red IPA.

“Slope Style is my go-to beer as the weather turns colder and the snow starts to fall,” said Tess McFadden, Marketing Director at Boulder Beer. “Its full malty flavor balanced with a blast of piney Horizon hops perfectly complements our ski and snowboard season, which made all of us at the brewery want to put it in a can for our mountain adventures.”

Slope Style Red IPA will now be available in most markets where Boulder Beer is sold in 12 oz. 6-pack cans and draft, and be on the shelves as long as the snow flies.

Founded in 1979, Boulder Beer Company has been a pioneer in the craft brewing industry for over 38 years. Their passion for innovation keeps their brand mix diverse, offering a taste for every palate. They currently package seven year-round beers along with numerous limited releases offered throughout the year.