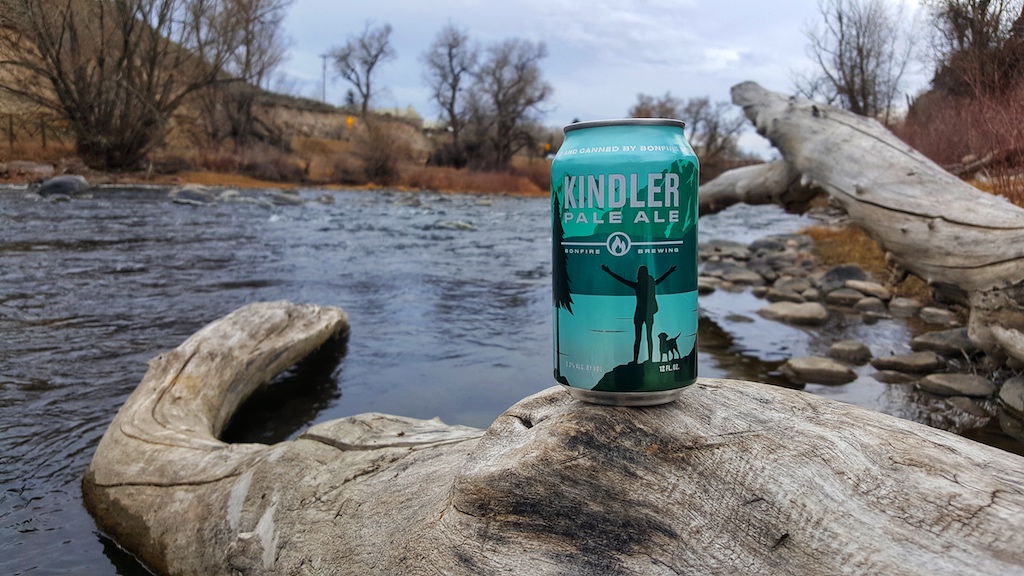 The new Bonfire cans, which feature an adventurer and her pup, were designed by Heather Neale and Riley Cran under the leadership of Bonfire Brewing’s Co-Owner and Art Director Amanda Jessen. “Bonfire beers have proven to be the perfect accompaniment to the adventurous lifestyle that we are so fortunate to experience here in Eagle,” Amanda says. “Whether it’s a summer hike with a four-legged friend or campfire beers after a day on the river, each of our new can designs offers a glimpse into our story, which is both quintessentially Colorado and uniquely Bonfire.”

Bonfire’s design team draws inspiration from its mountain surroundings for its beer names. Kindler was originally brewed in the spring to coincide with the Eagle Valley-wide re-kindling of a desire to get back out on the trails and into the water. Its popularity has since transformed it into a year-round flagship. Kindler is a traditional American Pale featuring Mosaic and Simcoe hops, deliberately designed to impart a more refreshing than bitter hop character. Undergoing seven hop additions to bring it close to the top of the pale ale scale at 42 IBUs, the Kindler has a distinctly fruity hop aroma and finish.

New Kindler cans are now available at Bonfire Brewing in Eagle, and at liquor stores across Colorado.

The Bonfire Brewing Demshitz American Brown Ale was the first of the Bonfire cans that Amanda and her team refreshed. The new artwork depicts a post-kayak trip van camping scene, featuring a bright orange bonfire, and paying homage to the Demshitz paddling lifestyle.

“Bonfire is all about keeping things fresh for 2018 and beyond, so all cans will eventually have a new look, with each can telling a piece of our ‘Bonfire lifestyle’ story,” Amanda says.

Craft enthusiasts and outdoor adventurers gather around Bonfire Brewing in Eagle, Colorado, where the beers are driven by quality, curiosity, and community. Launched in 2010, Bonfire is steered by husband-and-wife owners Andy and Amanda Jessen as they continue on their path of sustainable growth. Cans of Bonfire’s year-round beers are available in liquor stores and restaurants across Colorado. Gather ‘round Bonfire online at facebook.com/bonfirebrewing while the new bonfirebrewing.com is under construction.