(Comstock, MI) – Bell’s Brewery has thrown their hat into the hazy IPA game with the introduction of Official. Here are all the details including how this new product is being rolled out to Bell’s existing markets. 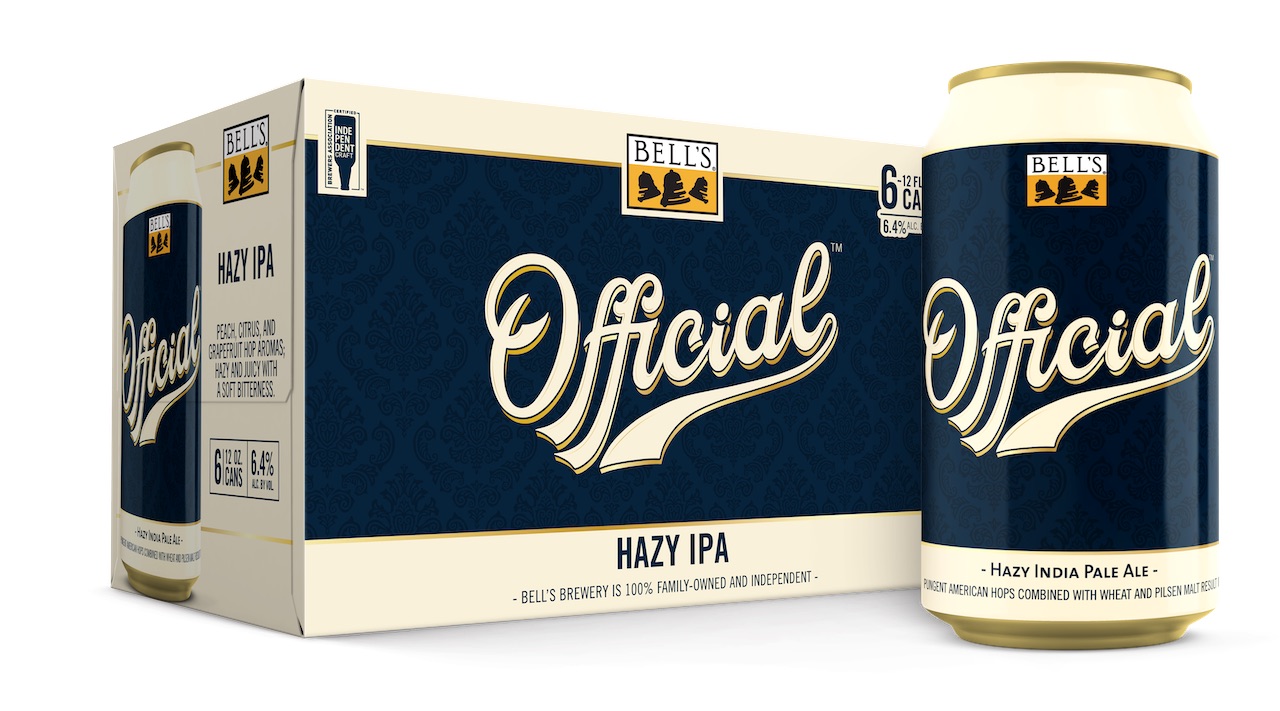 WHAT: Two of our favorite ingredients come together in the brew house; pungent American hops and delicious wheat malt. Our Hazy IPA is double dry-hopped (a combination of Mosaic, Citra, Azacca, Amarillo and El Dorado hops) resulting in complex peach, stone fruit and tropical notes with a dry finish and balanced bitterness.

We’ve been brewing hazy or unfiltered beers for more than 30 years. Official combines two of the styles when are known for best, IPAs and wheat beers, and offers something completely new. Official is a refined beer for those who love hops AND for those who prefer wheat beers. Not to be confused with New England IPAs, Official is Bell’s Hazy IPA.

12-packs of 12 oz. cans are available in Michigan only.

WHO: Bell’s Brewery is one of the oldest and largest independent craft breweries in Michigan and in the United States.

WHEN & WHERE: Official has already started shipping and is available now in many areas. For those who are unable to locate it nearby, Bell’s recommends fans reach out to their local bottle shops directly for more information. The Bell’s Beer Finder is another good resource.