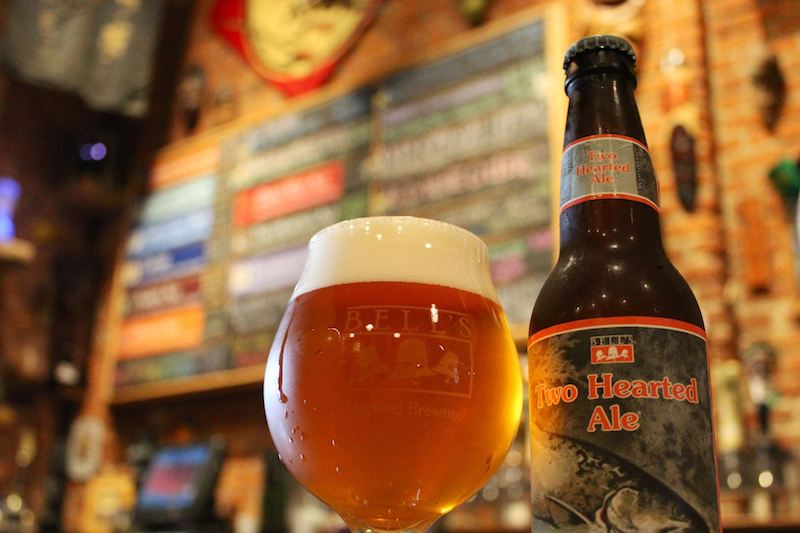 As part of the celebration, Bell’s kicked-off its 8th Annual Bell’s Homebrew Competition on Sept. 9 at Bell’s Eccentric Café in downtown Kalamazoo.

“Three decades ago, I would have never imagined where we would be as a company, as a brewery, as an industry,” Larry Bell, President of Bell’s Brewery said.

“A lot has changed over the years. This year marks quite a few other milestones all over the state and we raise a glass to all of our fellow craft brewers celebrating as well,” he added.

Larry Bell founded Bell’s Brewery in 1983 and sold his first beer in 1985. The company he started is now 100% family-owned and also the largest independent craft brewery in the state of Michigan. Larry’s daughter, Laura Bell, was promoted to the role of CEO in February.

“It’s an incredible honor to be a part of the next generation,” Bell’s CEO Laura Bell said.

“As we look to what comes next, it’s very important to remember our roots and celebrate the fans and the homebrew community that helped us get to where we are today, she added.

Even before Larry Bell sold his first commercial beer, he started as a homebrewer and then founded a homebrew supply shop, a precursor to the brewery Bell’s is today. Production reached 135 barrels in 1986, all brewed and bottled by 10 employees.

As the seventh largest craft brewery in the U.S., according to the Brewers Association, its impact can be seen throughout the craft beer industry in Michigan, in the Midwest and beyond. Bell’s was the first brewery to sell beer by the glass in the state and has inspired countless other breweries, homebrewers and craft beer enthusiasts.

Free wort for the Bell’s Homebrew Competition was given away to almost 200 homebrewers. Among the first place prizes for that competition, the winner will get to brew their recipe at Bell’s original Kalamazoo brewery to then to go on tap at the adjacent Café alongside beers like Oberon and Two Hearted, a beer that was recently named #1 beer in America by the readers of Zymurgy Magazine.

Coming up later this month is a three-day Octoberfest Celebration on Sept. 22-24, also at Bell’s Eccentric Café. German cuisine, live music and of course, Bell’s Octoberfest Beer are all part of the festivities. Held in the Bell’s Beer Garden, this is a free, all-ages event.

Bell’s fans are also encouraged to see where their favorite beers are born. Free brewery tours of Bell’s original Kalamazoo brewery are offered on weekends. Tours of its nearby Comstock Brewery are offered throughout the week. Tours can be booked at bellsbeer.com/tours.

Additional information can also be found at bellsbeer.com.

Bell’s Brewery, Inc. began in 1985 with a quest for better beer and a 15 gallon soup kettle. Since then, we’ve grown into a regional craft brewery that employs more than 500 people over a 32 state area, in addition to Puerto Rico and Washington DC. The dedication to brewing flavorful, unfiltered, quality craft beers that started in 1985 is still with us today. We currently brew over 20 beers for distribution as well as many other small batch beers that are served at our pub in Kalamazoo, the Eccentric Cafe. Our ongoing goal is to brew thoughtfully, creatively and artistically. 100% family-owned and independent, we strive to bring an authentic and pleasant experience to all of our customers through our unique ales and lagers. For more information, please visit bellsbeer.com.