(SAN DIEGO, Calif.) – Head Brewer Thomas Peters took home first place at the 2017 Alpha King Challenge for Thizz Is What It Is, a Citra Double IPA. This is not the first win for Peters, he placed third in the 2015 competition for Pound Town IIIPA and took home first for Pound Town IIIPA in 2014. “Winning Alpha King a second time is a dream come true,” says Peters. “To me, it’s the most prestigious award in brewing and I am thrilled to bring it back to Belching Beaver.”

Since 1999, Yakima Chief – Hopunion, Brewing News Publications and Three Floyds Brewing Company, have been scouring the country for the best hop-laden beers in the land. Named in honor of Three Floyd’s Alpha King Pale Ale, the Alpha King Challenge is an annual competition held during the Great American Beer Festival® and is open to commercially licensed breweries throughout the United States.

Each year, a team of brewers and veteran beer writers test the vigor of 150 hop-forward beers and crown a new Alpha King, deeming his/her beer to be the holy grail of well-balanced and drinkable, yet highly-hopped ales. Entries are judged on overall quality and balance of flavor, and must have a minimum 60 IBUs (no barley wines allowed). 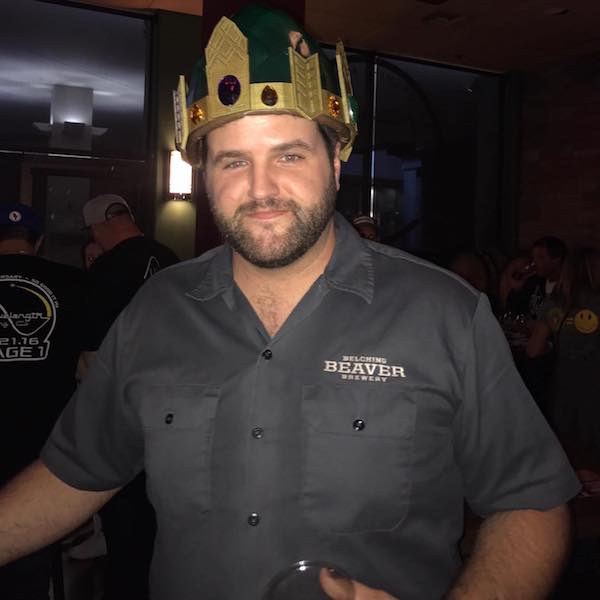 Thizz is a 9% IIPA and is brewed using 100% Citra hops. Belching Beaver is releasing Thizz Is What It Is, at all tasting rooms Friday, October 13. The brewery is also celebrating its 5-year anniversary on October 21 where, Thizz Is What It Is, will be available along with multiple other releases.

Belching Beaver Brewery came from a desire to make great beer and have a Dam good time doing it. When we started the company we wanted to do two things: First, have a brand that offered quality craft beer but was whimsical and fun to inspire good times. From the Winking Milkman to El Castor de Mariachi you can see each Beaver has its own individual style and personality. Second, we wanted to make beer for everyone and all palates. We have easy-drinking Blondes, Triple IPAs, Milk Stouts, Imperials Stouts as well as sours and barrel-aged beers. You name it, we have it! Good times to you my friend, and welcome to the Beaver family!