Avery Brewing Co. Pulls Out of Minnesota Due To Growing Pains 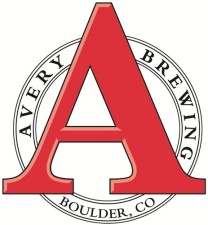 Boulder, CO, 12/10/2012 – Projecting a 20% increase in production in 2012 over 2011, Colorado craft brewery Avery Brewing Company seeks solutions to meet a growing demand for its assortment of esoteric beers.  While the brewery finalizes plans and begin construction on a new facility in its hometown of Boulder, brewery managers have incorporated new equipment and processes to bring the current facility to a potential maximum volume of 65,000 bbls per year.  Once completed, the new facility will offer an immediate capacity of 100,000 bbls with expansion to 350,000 bbls possible, and completion is estimated for late spring/early summer 2014.

In the mean time, National Sales Director Ted Whitney plans to base Avery’s sales strategy on maintaining inventories with key partners in order to ensure consistent turnover and the freshest beer possible.  The decision to pull out of Minnesota did not come easy, as Avery’s relationship with Chisago Lakes Distributing was a close one.  Of the departure, Whitney said, “We love Minnesota dearly, and Chisago always represented us with the highest standards.  Until we finish our new brewery, we’re forced to limit our markets.  When we do come back to Minnesota, and we will, it will be with quality rep support, tons of fresh beer and even more tons of excitement to be drinking with those guys again.”  The departure marks another example of the managed-growth philosophy shared by many American craft breweries.