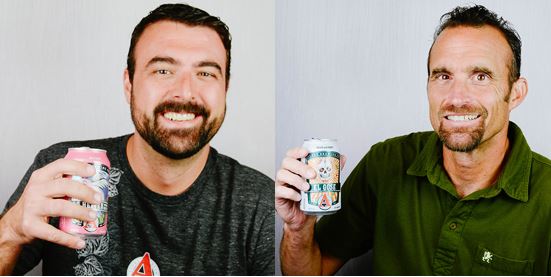 LeMoine is currently the Director of Sales and Marketing at Avery Brewing Company and has been in this role for five years, growing the company to 62,097 barrels in 2016 and supporting the transition to the new Boulder, Colorado facility. Working as an advocate of the sales team, LeMoine has been a critical voice in production conversations over the past years and therefore was a natural fit for the COO role.

“Dustin has developed a rare perspective beyond sales,” says Avery. “No one understands the whole breadth of operations better than Dustin. He is the ultimate facilitator, communicator, change agent, project manager, and partner. He cares extremely deep for this company and I trust him 100% to further propel our vision of Avery Brewing into reality.”

Avery is also excited to welcome Brian “BK” Krueger to the team as Director of Sales and Marketing. Krueger comes to Avery Brewing with 16 years at New Belgium Brewing Company, starting off as a Beer Ranger and working his way up to Sales Co-Pilot. His contribution to growing the company from an 85,000 barrel brewery to a 950,000 barrel brewery in the span of 16 years is impressive. Krueger has spent the last two years at Enjoy Beer, a craft beer consortium, as the VP of Sales Strategy and Execution.

“BK has a next level understanding of our world and will fit in perfectly with us,” says LeMoine. “He is a craft beer guy, who got into this industry because of the beer, but has excelled in his career as an incredibly smart and strategic sales professional with an innate ability to lead and inspire the team around him. He knows how to grow a business from our current size to a size that we want to be in the future and we cannot wait for him to help us all do our jobs better.”

Avery Brewing Company would like to congratulate LeMoine in his promotion and welcome Krueger to the Avery Brewing family.