(ATLANTA, GA) – In an ongoing effort to decrease its ecological footprint, Atlanta Brewing Co will roll out a new cardboard 6-pack ringer on all can products. 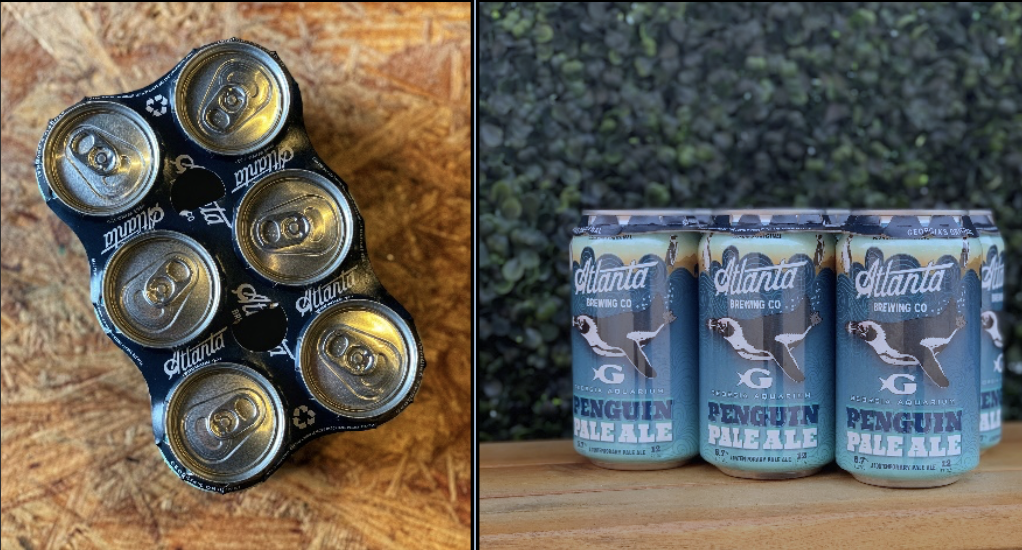 Georgia’s original brewery announced in October that they were the first in the state to use these new ringers on their Aquarium series beer. Since the rollout of that product, they began using the ringers for 4-pack 16oz package, and next month will make the transition with all of their core offerings.

“We feel that it’s now more important than ever to make a positive impact on the earth” says Marketing Director Cameron Davis. “We wanted to roll them out slowly to make sure they met standards on strength and stability with our beers, and we are so excited to be able to offer them on all of our packaged beer moving forward!”

CanCollar, produced by Atlanta-based Westrock, uses 95% less plastic than leading competitive alternatives. They work with suppliers on best practices for sustainable forest management, and contain up to 15% recycled content. Atlanta Brewing Co was the first craft brewery in Georgia to utilize the CanCollar in a wide release, and will be the first to use this eco-friendly packaging for their entire line up.

Atlanta Brewing Co was founded in 1993 at a time when there were only 200 or so microbreweries throughout the country. It has weathered 26 years in Atlanta, and is proud to be the oldest brewery in the state. With a focus on quality control and brewing innovative beers, Atlanta Brewing Co looks forward to serving the city it loves for another 26 years.