(ATLANTA, GA) – Last year Atlanta Brewing Co released “Thunder Thief” Double IPA, and was awarded a silver medal by the US Beer Open in the Hazy and Juicy IPA category. 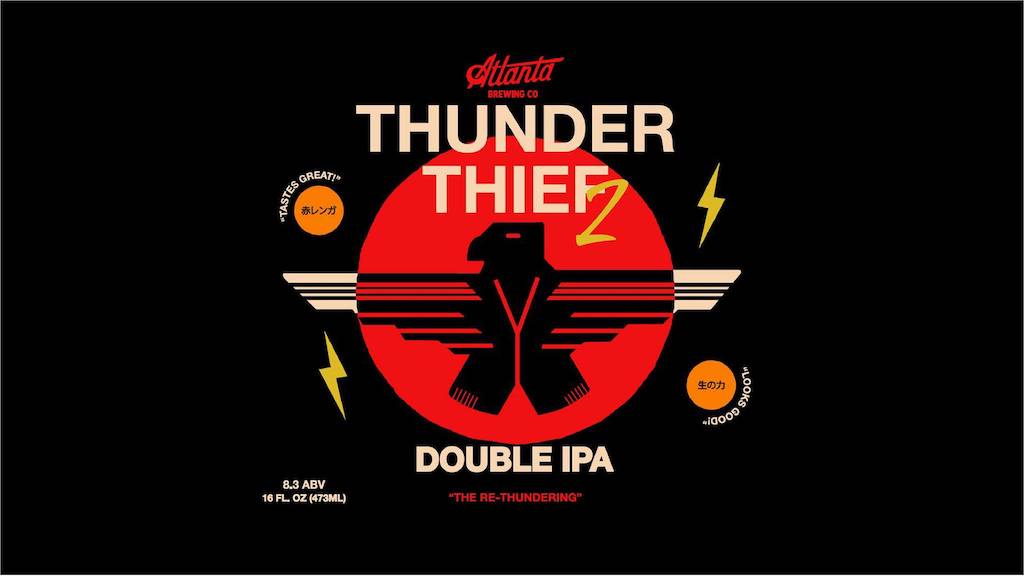 This June, ABC is re-releasing Thunder Thief with a new hop combination. Thunder Thief 2: the Rethundering features Citra, Vic Secret, Rakau, and Kohuta hops, which will impart flavors of pineapple, citrus, lime and mango with a piny finish.

“We were very happy with the original Thunder Thief and we are very proud of the response we got from our community” says Director of Brewing Operations Gavin McKenna, “We wanted to do something similar but with a different hop expression on this second release. Our team can’t wait to share this beer with our fans!”

Thunder Thief 2: The Rethundering joins Atlanta Brewing Co.’s limited release line up in 4-pack 16oz cans. It can be found on draft and in cans in the Atlanta Brewing Co taproom June 28th as well craft beer retailers around Georgia beginning the following week.

Atlanta Brewing Co was founded in 1993 at a time when there were only 200 or so microbreweries throughout the country. It has weathered 25 years in Atlanta, and are proud to be the oldest brewery in the state. With a focus on quality control and brewing innovative beers, Atlanta Brewing Co looks forward to serving the city it loves for another 25 years.