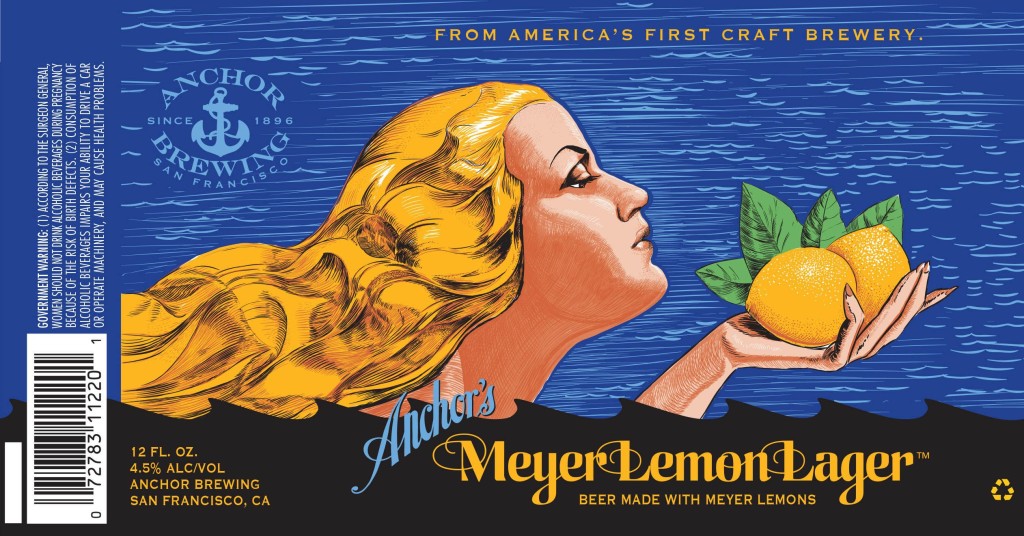 Lured by the siren’s song, Anchor’s first brewmaster, Gottlieb Brekle, journeyed from Germany for the goldfields of California. Instead, he found his El Dorado in San Francisco, brewing beer for thirsty miners. The brewery that Brekle built on a street called Pacific, less than a mile from the San Francisco Bay, became Anchor Brewing. His odyssey and the mythic sirens of the Pacific inspired this new series of brews.

Mango Wheat (4.5% ABV) joins Meyer Lemon Lager as the second release in the Pacific Siren Series. A refreshingly unique craft-brew, Mango Wheat is an ale made with sun-ripened mangoes. The result is a crisply refreshing, tropically aromatic, effervescent golden ale that highlights the delectable character of the fruit. 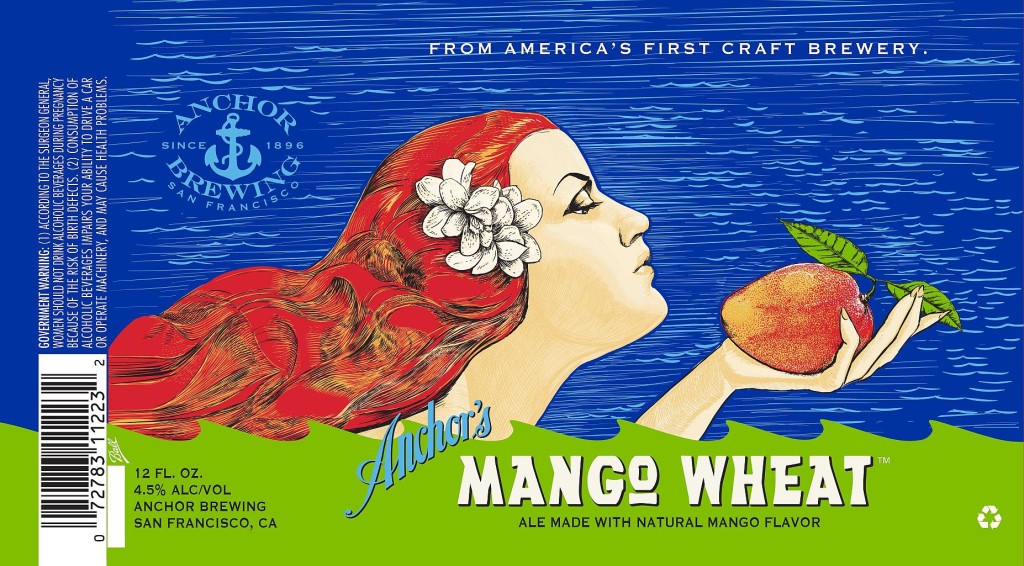 “When envisioning the Pacific Siren Series, we wanted to create beers as alluring and enticing as those mystical sirens, so we developed two very exciting new beers brewed with sumptuous delectable fruits” said Anchor Brewmaster Scott Ungermann. “Fruit-focused beers were a new frontier for Anchor. We began the brainstorming process by first sampling a variety of delicious fruits. We quickly discovered that Meyer lemons and mangoes were just the fruits we needed for our beers. When brewing Meyer Lemon Lager, we add Meyer lemon juice and dried lemon peel in the brewhouse, and then cellar the beer on more dried lemon peels and Lemondrop hops. The recipe we crafted for Mango Wheat achieved the goal of brewing a bright, tropical wheat beer that gushes with flavor and aroma, just like slicing into a ripe mango. The resulting two beers are delicately aromatic, subtle in sweetness, refreshingly crisp, and deliciously balanced.”

The eye-catching design of the Pacific Siren Series packaging, which cases a 12 oz. can of Meyer Lemon Lager or Mango Wheat, depicts a beautiful siren and is inspired by a 75-year-old California fruit crate label used by the Ventura County Lemon Cooperative. Fruit-crate labels have a long and colorful history in California dating to the late nineteenth century. Most such agricultural art features enticingly succulent fruit and an idealized pastoral landscape. Anchor’s Pacific Siren Series label however—as unique as the beer itself—features a stunning siren.

Meyer Lemon Lager and Mango Wheat are available nationally year-round in 6-pack cans and on draught at select bars, restaurants, and stores including the Anchor Brewing Taproom and Anchor Brewing Beer Garden at The Yard in San Francisco.

Find the Pacific Siren Series near you using the Anchor Beer Finder and learn more about Anchor Brewing at www.anchorbrewing.com.

Anchor Brewing Company’s roots date back to the California Gold Rush making it one of America’s oldest breweries. Its Anchor Steam® Beer is San Francisco’s original since 1896. In 1965, Fritz Maytag acquired and revived the struggling brewery at a time when mass production of beer dominated and seemed unstoppable. Maytag started a revolution in beer that originated today’s craft beer movement. An undisputed icon, Anchor is America’s first craft brewery where beers are handmade in our traditional copper brewhouse from an all-malt mash. At Anchor, we practice the time-honored art of classical brewing, employing state-of-the-art methods to ensure that our beers are always pure and fresh. We know of no brewery in the world that matches our efforts to combine traditional, natural brewing with such carefully applied, modern methods of sanitation, finishing, packaging and transporting.