(San Francisco, CA) – Anchor Brewing sent the following memo to all employees explaining the impending news of a sale to Sapporro Group. In the heartfelt note, management explains of difficult market conditions and the high cost of doing business in the San Francisco Bay as reasons for the decision. More to come. 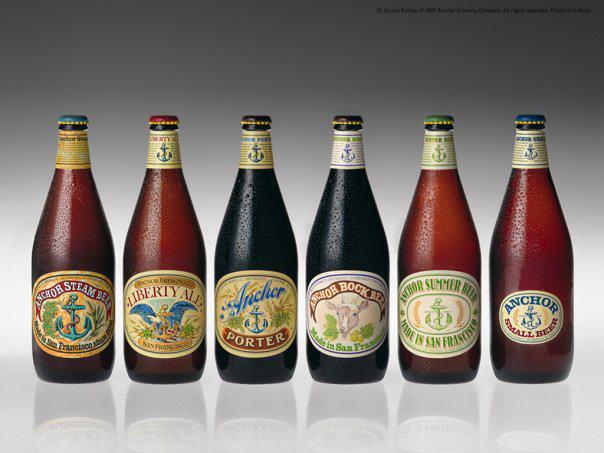 We are pleased to announce that Sapporo Holdings will be acquiring Anchor Brewing Co. from Anchor Brewers & Distillers in a transaction targeted to close on August 31.

Anchor Brewing Co. has faced difficult market conditions for a number of years leading to declining volumes. As the craft industry has matured, it has produced a prolific number of breweries and brought in the major non-craft breweries. The impact on Anchor was recognized some time back and we announced accordingly that following the management changes in 2016, we felt it prudent and necessary to begin the search for strategic partners for Anchor Brewing Co. which all established craft breweries were beginning to do.

Locally, we have seen Lagunitas sell to Heineken and just recently 21st Amendment partner with Brooklyn/Kirin. Meanwhile, we have seen two long-term local breweries fail, Speakeasy and Magnolia. Changing times for sure.

Our selection criteria was primarily based on Anchor Brewing Co. continuing to remain in the city and for its rich legacy to be respected and continued. Additionally, we sought an ability and willingness to bring resources and investment to bear on the continued development of Anchor, particularly in improving production efficiencies and expanding our international business.
Sapporo has their own rich history which is older than Anchor’s dating back to 1876. Their views on quality, authenticity and heritage are remarkably similar to ours. They love San Francisco, too and take the responsibility of guiding Anchor very seriously. In the US, Sapporo is the No. 1 Asian beer, a testament to their long-term approach to brand building.
Sapporo’s acquisition includes acquiring all of the property demonstrating their commitment to Anchor being San Francisco’s iconic and timeless brewery, as well as the new Anchor Dockside project.

We are pleased that Matt Davenport will continue as CEO and be responsible for all of Anchor’s activities and its relationship with Sapporo.

We would have preferred making this announcement in person rather than e-mail but with the 16 hour time difference to Japan this was impractical to coordinate. We will be holding an all ABD employee meeting at 9.15 am on August 3rd in the Taproom so that we may give you more information and answer questions. We will also be introducing Jack Kishi, President, Sapporo North America and Shiomi Syunsuke, General Manager Business Planning Department, Sapporo Holdings who will take the opportunity to address you. This will be followed by Matt and Dennis holding dial-in calls for ABC at 10:30am and ADC at 11:30am respectively for our employees away from the brewery. The dial-in information will be provided under separate cover.
Anchor Distilling Co. will become its own self-reliant entity continuing to be led by Dennis Carr. Our total spirits business has grown five-fold since 2010 giving ADC enough financial strength now to be independent. Anchor Brewing Co. and Anchor Distilling Co. will for now continue under the same roof, with longer term plans to eventually re-locate.
The shared services of ABD will continue for some time post acquisition with the intent for each business unit to develop their own support teams.

Anchor’s history is one of evolution with the times and a succession of different ownership and visions, but all with the common thread of preserving the iconic institution that Anchor represents in San Francisco. We feel we have played our part even if the outcome was not what we envisaged back in 2010. We have put significant investment to the brewery and believe the brewery today is very much stronger for it. We, along with everyone else, did not expect the market shifts in craft beer, but knew we had to recognize them and ensure that the brewery would not falter, a prime responsibility we have always taken seriously.

In selecting Sapporo we believe we have found the best path forward for Anchor Brewing Co. and would ask you to embrace this change with open minds and enthusiasm.

We would personally like to thank all of our employees for their faith in Anchor and us these past 7 years and only wish the very best for the future of Anchor Brewing Co.