Allagash Returns to Western and Central NY After 5 Year Hiatus 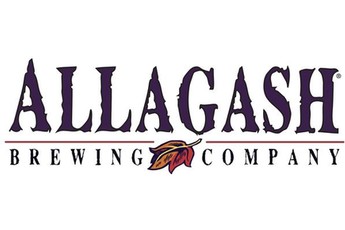 (Portland, ME) – Allagash beer is returning to Western and Central New York State. After an absence of 5 years, Allagash Brewing Company is partnering with distributors in the network of its current partner, Sheehan Family Companies to expand its territory across New York State.

TJ Sheehan and Tri-Valley Beverage, both part of Sheehan Family Companies distribution network, will begin selling Allagash Beers on August 25, across 31 additional counties. This expansion across New York State will complete the Allagash footprint across the state.

Sheehan Family Companies distributes Allagash Brewing Company throughout its current footprint, across all 5 boroughs in New York City, Long Island, and up through Albany.

“We are excited to bring our full lineup of beers back into these counties,” said Naomi Neville, National Sales Director for Allagash Brewing Company. “Building on our existing distributor relationships, combined with our existing sales support, makes the expansion simple and efficient.”

“We are excited to be bringing the great beers of Allagash back to Western New York just in time for Labor Day, and even more excited to be expanding our partnership with one of the industry’s truly great craft brewers” said Mike Brazel, Vice President of Sales & Marketing at Sheehan Family Companies.

“We have a great relationship with the Sheehan Family Companies,” said founder Rob Tod. “We’ve been looking forward to the date we could return ever since we reduced our distribution due to capacity constraints.”

Launch events and tastings will be scheduled across Western and Central New York state beginning the week of August 25th. To learn more, visit our website at Allagash.com or follow us at @AllagashDave on Twitter.

About Allagash Brewing Company
Allagash was founded by Rob Tod in 1995, and has grown from a one-man operation into one of the Top 50 Craft Breweries in U.S. (by sales volume) and a spot on Maine’s Best Places to Work list in 2013. Allagash brews Belgian inspired beers and is best known for its flagship beer, Allagash White. Allagash has won many national and international awards in its 19 years, and is viewed as a leader of innovative brewing techniques in the craft beer world. Being environmentally and socially responsible is a core value at Allagash, constantly working to lessen the environmental impact of their operations. Allagash distributes beer in 17 states and DC.