(Portland, ME) – Allagash Brewing announces the return of Ghoulschip.  Ghoulschip has a rich history, as it was one of the first spontaneously fermented beers to come out of the Portland, ME brewery, and was a collaboration between Allagash’s Rob Todd and Elysian Brewing’s Dick Cantwell and was originally called Drunken Promise. Here’s the official announcement on the upcoming release. 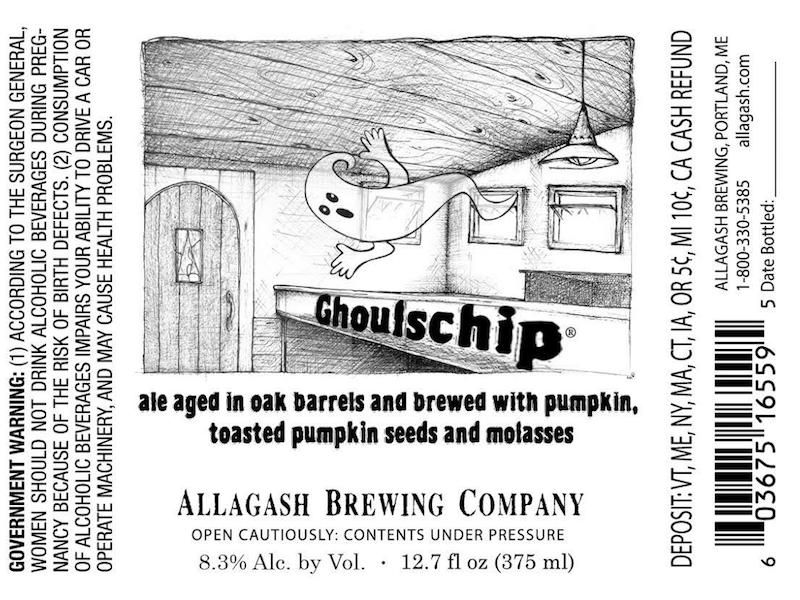 Our favorite Halloween tradition is smashing and shredding fresh pumpkins in a woodchipper to use in Ghoulschip. After it’s all brewed, we send the wort to rest among the specters in our Coolship – on Halloween night – where it collects wild microflora from the chill Maine air. The finished blend consists of one-, two-, and three-year-old barrel-aged beer.

Bottles of Ghoulschip (brewery-only, 2 bottle limit) and Haunted House (Maine-only) will be available at the brewery on 10/8. Hope you can join us for the festivities!

Founded in 1994 by Rob Tod, Allagash sold its first batch of beer in the summer of 1995. Tod had been working in breweries around the U.S. and recognized a void in the craft brewing movement. While both German and British styles had become prevalent throughout the country, Belgian-style beers were very difficult to find. He established a small 15 barrel brewery initially and began brewing Allagash White, modeled after Belgian Wit beer.