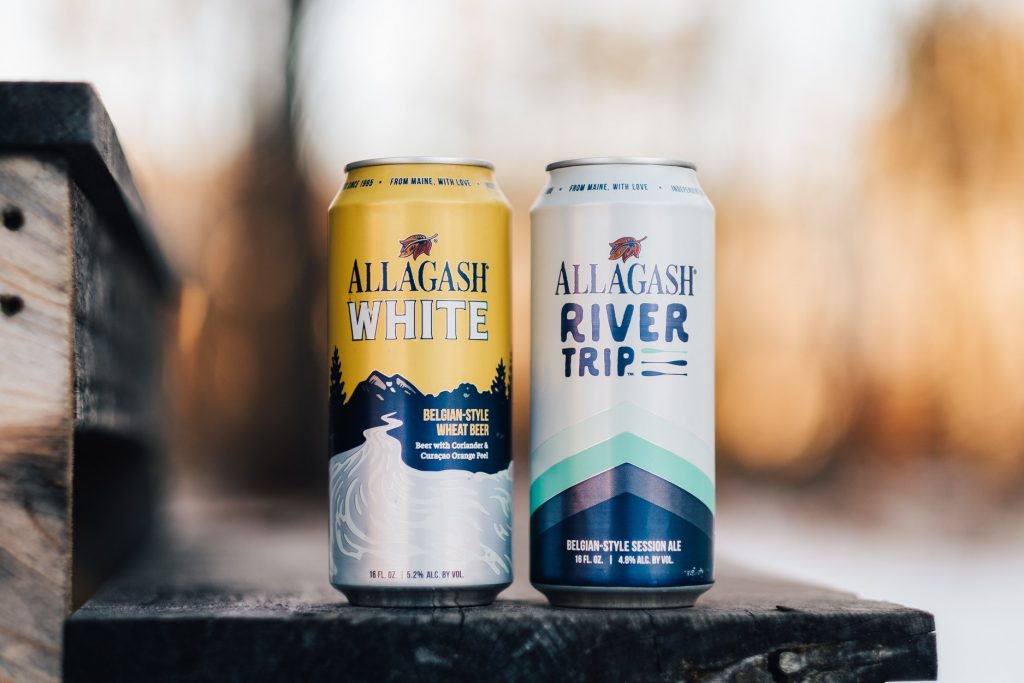 “If there’s one beer that defines us as a brewery, it’s Allagash White,” said Rob Tod, Allagash Brewing Company founder/brewer. “The idea of enjoying this beer in a new way—on a boat, on the trail, even on the couch at home—has everyone at the brewery super excited.”

Beginning in February of this year, Allagash plans to initially distribute close to their home market. As the first wave of a phased rollout, cans will appear in Maine, New Hampshire, Vermont, Massachusetts, Rhode Island, Connecticut, New Jersey, and Western/Upstate New York.

“Both of these cans have been in the works for a good amount of time.” said Jason Perkins, Brewmaster at Allagash. “We wanted to make absolutely sure these cans were up to the high quality standards of our kegged and bottled beer. We’re happy to say that they are.”

Allagash White has won a combined seven gold medals at the Great American Beer Festival, World Beer Cup, and European Beer Star Awards, was voted “One of the top 25 most important Craft Beers in America,” by Food and Wine, and has been described as, “one of the most consistently perfect beers ever brewed on American soil,” by Popular Mechanics.

“I might be the most excited person out there,” said Tod. “I’ve been loving Allagash White for around twenty-four years, and pretty soon I’ll get a new way to experience it.”

River Trip was inspired by a canoe trip taken by brewery employees to the Allagash Wilderness Waterway. It’s brewed for a profile that’s both refreshing and full of hop-forward flavor. River Trip also comes in as the lowest-calorie beer in the Allagash year-round lineup—128 calories per 12 oz. serving (170 per 16 oz. can).

Allagash will be can conditioning both beers. Conditioning is a traditional Belgian method of carbonation, where a small amount of extra yeast and sugar is added to to the beer right before it is packaged. The beer then referments in the can, coming up to full carbonation while adding a bit of extra aroma and flavor.

Consumers can keep a lookout for cans in their area using the Allagash beer locator:www.allagash.com/locator

Founded in Portland, Maine, by Rob Tod, Allagash Brewing Company is dedicated to crafting the best Belgian-inspired beers in the world. Since 1995, Allagash has focused on giving back to the community—and state—that has supported them along the way.